Summer is here and the air is full of the the sound of whining air conditioners, all seriously sucking kilowatts. Yet much of that air conditioning load could be reduced or the air conditioning season shortened if we did simple things, many of them common before air conditioning was common in North America. Here are some low-tech tips for keeping cool.

The best ideas are those that keep the heat out of your home in the first place, rather than paying to pump it out after it gets in.

According to the Washington Post, The Department of Energy estimates that awnings can reduce solar heat gain—the amount temperature rises because of sunshine—by as much as 65 percent on windows with southern exposures and 77 percent on those with western exposures. Your furniture will last longer, too.

Awnings can translate into a saving of cooling energy of 26 percent in hot climates, and 33 percent in more temperate climates where it might even make air conditioning unnecessary. It will certainly cut the loads. 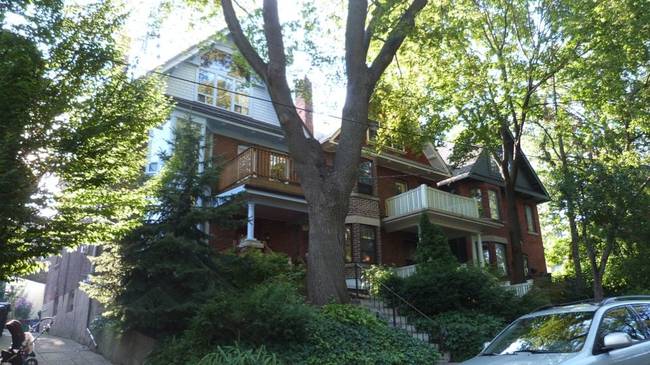 I don’t own an air conditioner. The house immediately to the south does it for us, completely shading the south side of our house. What it misses, a huge ancient maple in its front yard gets, so in winter I get a lot of sun in my window, and in summer I am always in shade. A tree is as sophisticated as any electronic device around; it lets the sun through in winter and grows leaves in summer to block it.

Geoffrey Donovan studied it in Sacramento, and calculated the savings.

“Everyone knows that shade trees cool a house. No one is going to get a Nobel Prize for that conclusion,” says the study co-author, Geoffrey Donovan. “But this study gets at the details: Where should a tree be placed to get the most benefits? And how exactly do shade trees impact our carbon footprint?” Key findings:

Frank Lloyd Wright once said “a doctor can bury his mistakes, but an architect can only advise his clients to plant vines.” It turns out he could have been a mechanical engineer, for it is surprising how effective vines are at keeping a house cool. With the new weatherization grants, the salesmen are out peddling ground source heat pumps to keep you cool for less, but really, free is better.

Vines such as ivy, Russian vine and Virginiairginia creeper grow quickly and have an immediate effect; according to Livingroofs.org. Many complain that vines can ruin buildings, dig out mortar or cause wood to deteriorate, but it depends on the vines and the building.

Climbers can dramatically reduce the maximum temperatures of a building by shading walls from the sun, the daily temperature fluctuation being reduced by as much as 50%.Together with the insulation effect, temperature fluctuations at the wall surface can be reduced from between –10°/14°F to 60°C/140°F to between 5°C/41°F and 30°/86°F. Vines also cool your home through envirotranspiration, described in our post Be Cool and Plant A Tree.

The windows on your home are not just holes in the wall that you open or close, they are actually part of a sophisticated ventilation machine. It is another “Oldway”—People used to take it for granted that you tune them for the best ventilation, but in this thermostat age we seem to have forgotten how.

For instance, everyone knows that heat rises, so if you have high windows and open them when it hot inside, the hot air will vent out. But it can be a lot more sophisticated than that. When air passes over your home, it works the same way as it does over an airplane wing: the Bernoulli effect causes the air on top and on the downwind side of the house to be at a lower pressure than on the upwind side. So if you have double hung windows, you can open the bottom section of the upwind side of the house and the upper section of the downwind side, and the low pressure will suck the air through your house. Make the outlet openings larger than the inlet opening, it increases the draft. That is why I love double hung windows; they offer the most flexibility and options. Others say that casement windows are best because they can open up to 100%; double hungs can never be open more than 50%. However I have seen studies (which I cannot find) that show that double hung windows actually work better because of the many options in setting them.

5. Get a ceiling fan

It doesn’t have to be like Collin’s Batman fan; they come in all kinds of designs and work on the same principle, that moving air evaporates moisture from your skin and keeps you cooler.

Collin notes that using them is one of our 25 Ways to Save the Planet, and they can save you some cash since they operate at a fraction of central and window air-conditioning units (and they can work great in tandem with your A/C if global warming has you sweating it out). As Energy Star reminds us, ceiling fans help keep you cool, rather than cooling the entire room. So there is no point in leaving them on if you leave the room; that’s why expert Carl Seville says ” Ceiling fans are evil” 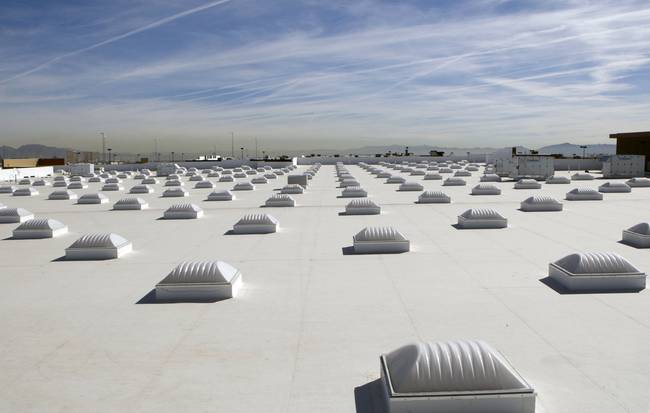 Kristen writes: In much the same way that more ice/snow reflects UV rays instead of absorbing the heat the way the oceans do (think: feedback loop that results from melting polar ice caps), cities are now giving white roofs a second look as a way to cool cities and fight climate change. The Los Angeles Times reports that the Climate Change Research Conference, held this week, advised that if buildings and road surfaces in 100 of the largest cities in the US were covered with lighter and heat-reflective surfaces the savings could be massive. 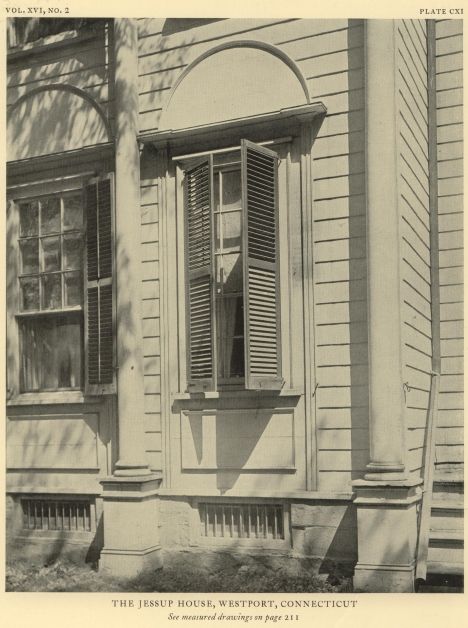 The best way to deal with unwanted solar gain is to keep it out in the first place. One can do that with properly designed overhangs or bris soleil, which keep out the sun in summer but are designed to let it in during winter. However this is not very flexible. Another option is the exterior blind, quite common in Europe or Australia but expensive and hard to find in North America, where upfront cost always loses out to operating cost.

Shutters really are the most amazing overlooked technology. They provide ventilation, security, shading and storm protection in one simple device. 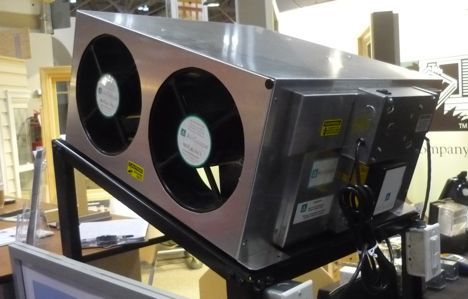 A lot of people run expensive air conditioning when it is actually pretty cool out- after the sun has been baking a California house all day it can be cool in the evening but the house is still holding a couple of hundred thousand BTUs of heat. In more temperate parts of the country, just moving the air and having good ventilation could eliminate the need for AC much of the time. 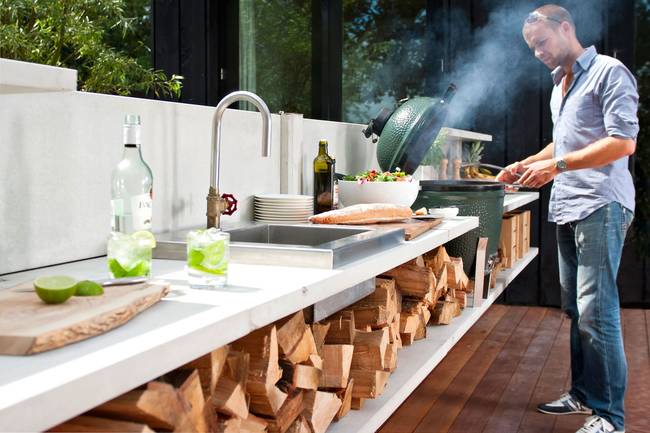 There is a reason our ancestors built summer kitchens; those stoves put out a lot of heat and you didn’t want them in your house in summer. Outside summer kitchens are all the rage in the luxury house/ mcmansion set as well. It really makes no sense to run a stove inside, just to then spend money to run air conditioning to remove the heat again. So get a gas barbecue and grill your vegetables, take advantage of farmers markets to get fresh stuff, and eat lots of salad. 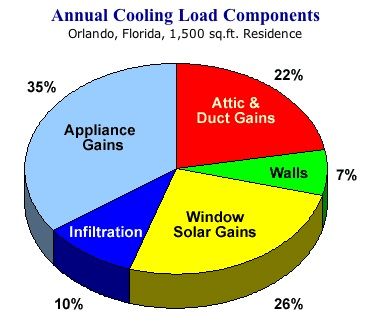 10. Be smart where you put your money and energy

John’s graph from the Florida Solar Energy Center says it all. When the weatherization contractors come to get you to insulate your house, (the most expensive thing you can do to save energy) you can show them that this makes no sense, only 7% of the cooling load is coming through the walls. A couple of hours with a caulking gun to reduce infiltration would do more.When they tell you that you need to install expensive new low-e tinted windows, remember that an awning or a shutter is more sophisticated and flexible; you have the choice whether to let the sun in or not.

Tape up your ducts, turn off your computers and save your money. The simple, low-tech tried and true methods cost less, save more energy and work forever. 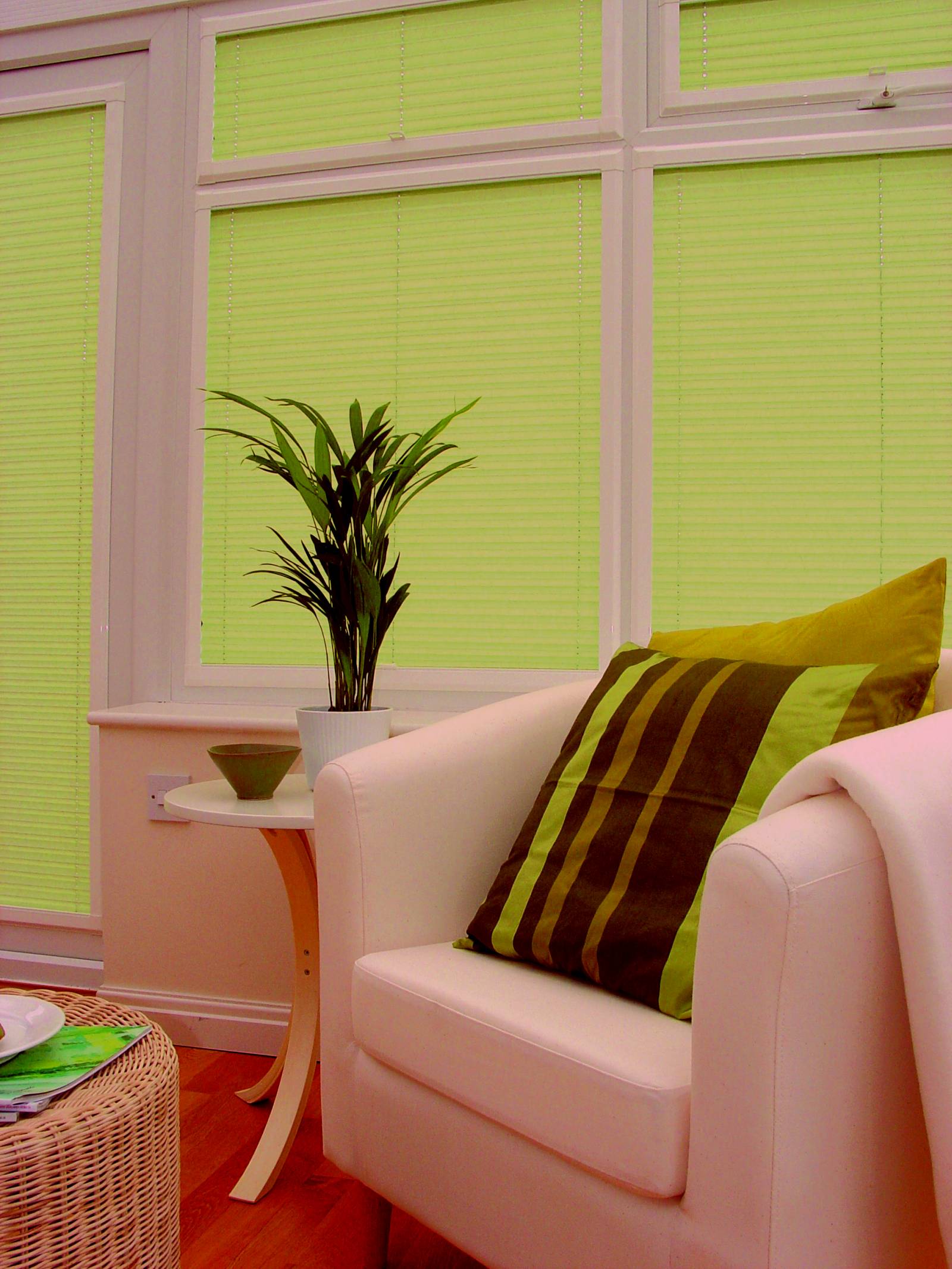 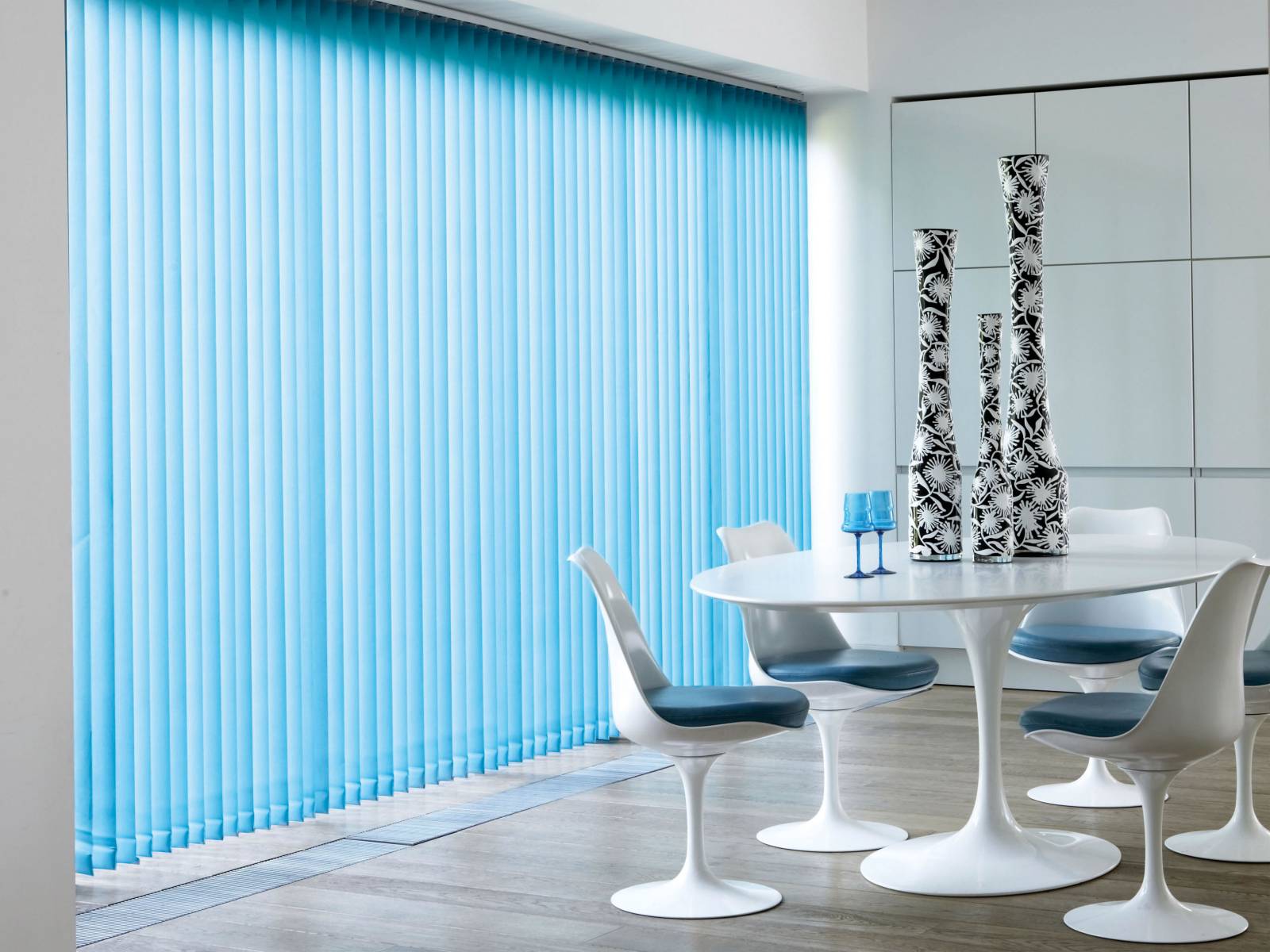 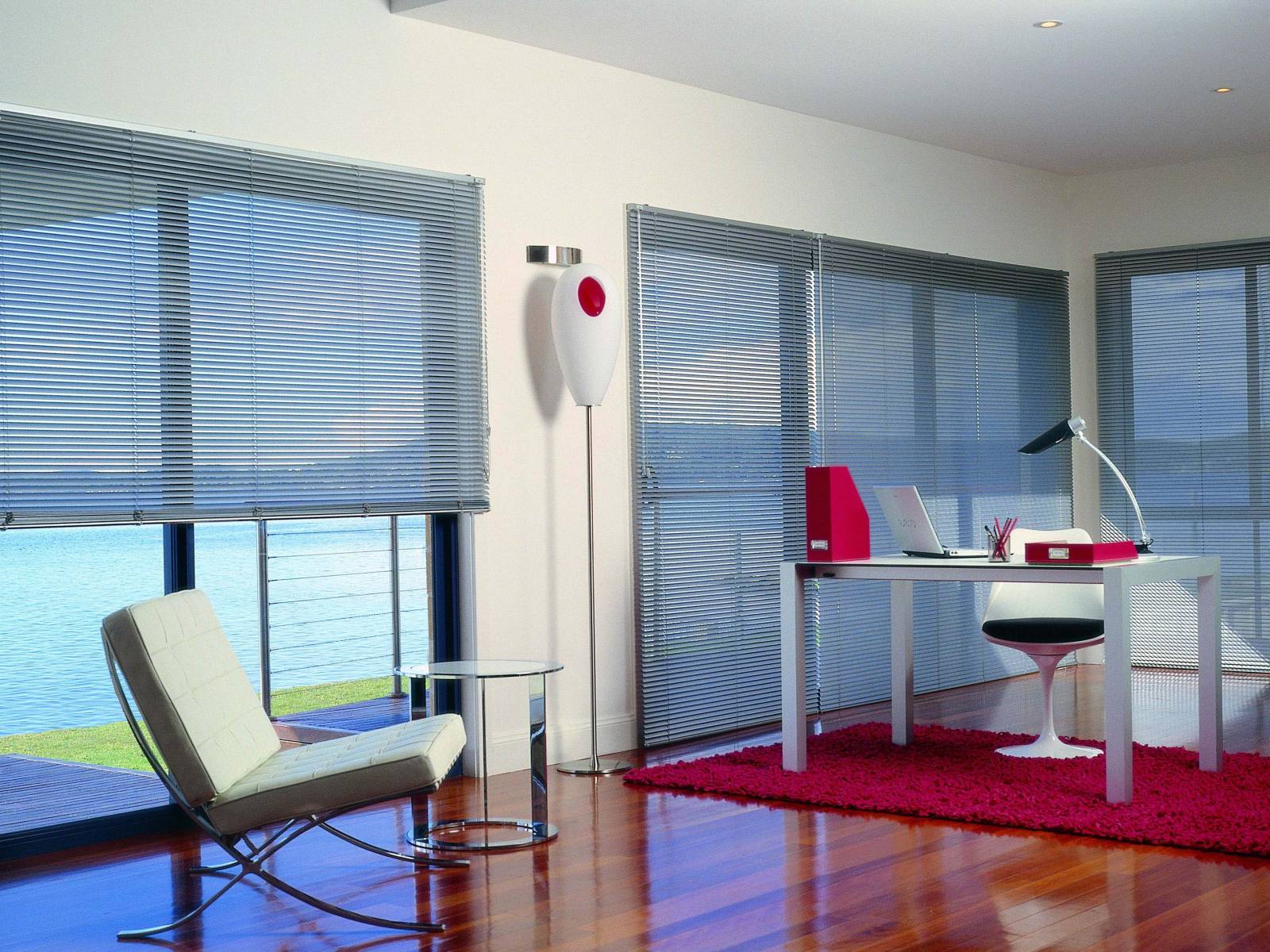 23 Perfect Extra Wide Venetian And Roman Blinds In The Interior 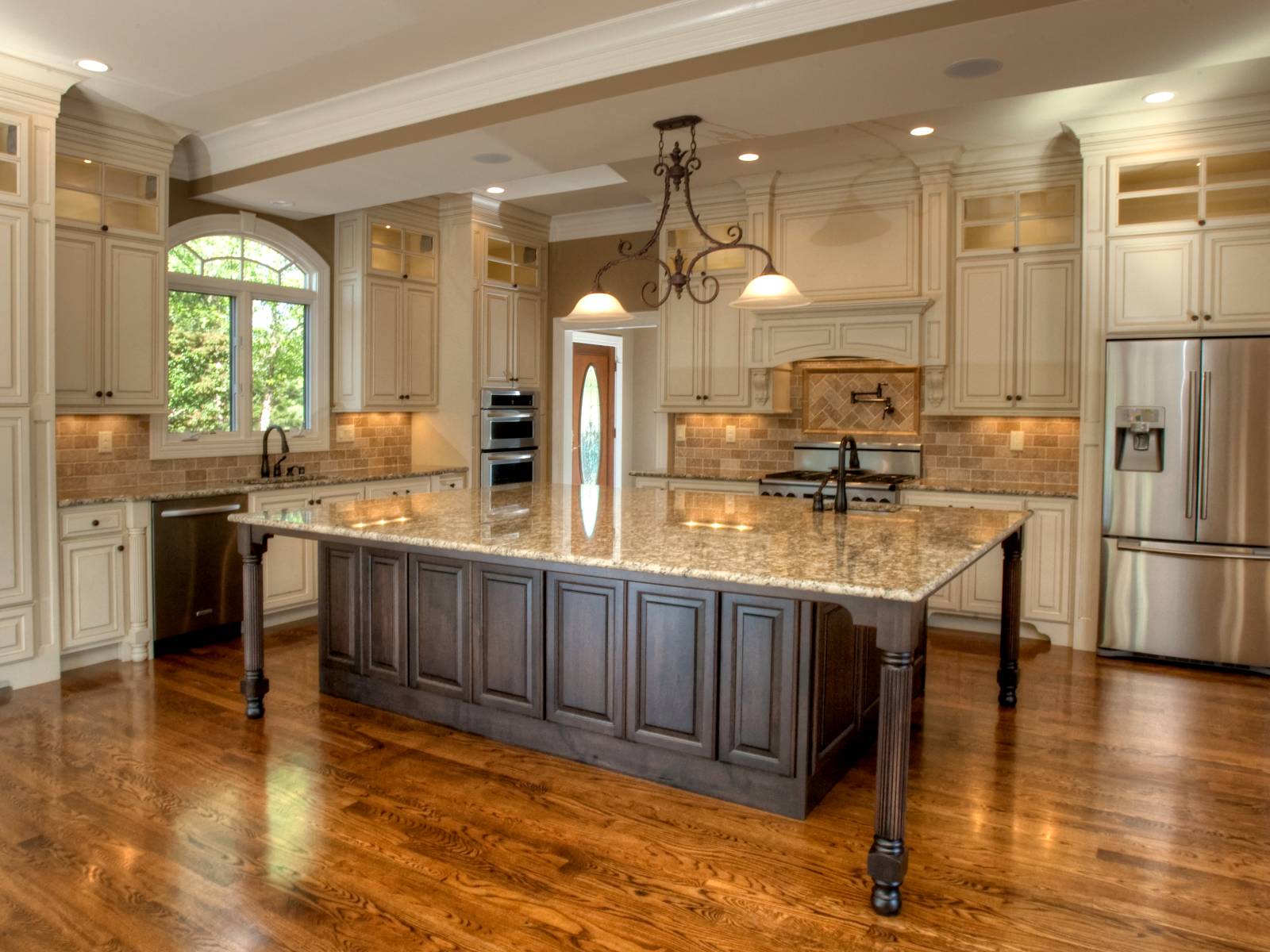 14 Amazing Interior Ideas Of Laminate Flooring With A Herringbone Pattern

Useful Guide When To Not Use Curtains 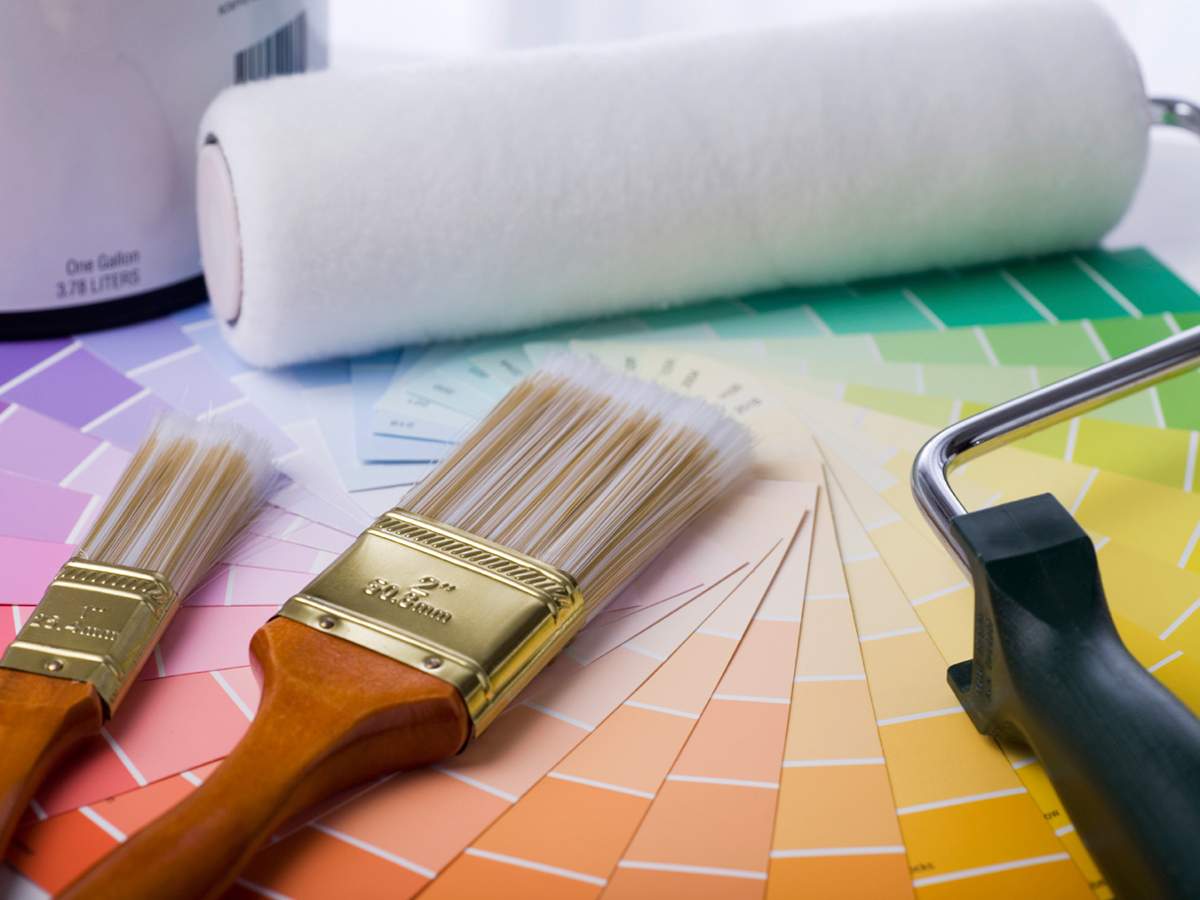