Our tropical bathroom was not much of an oasis. From the day I first toured the house with Phil, there were some obvious things that we knew we would be changing concerning the bathroom. The palm tree theme was definitely one of them. 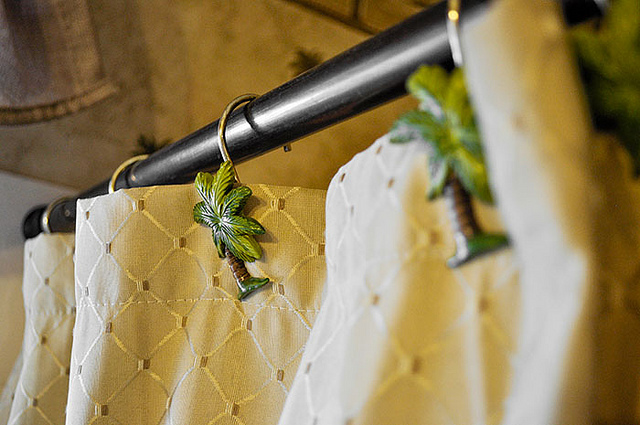 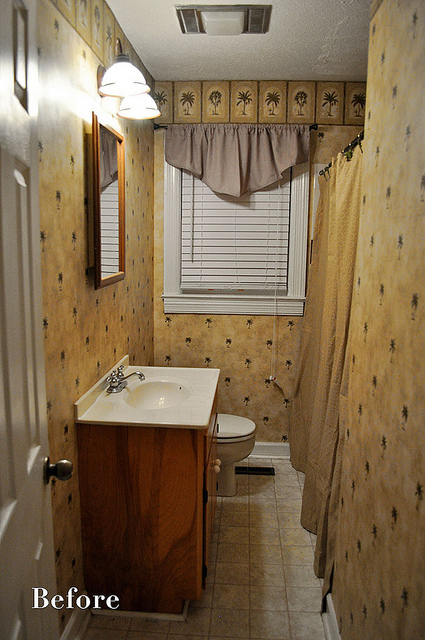 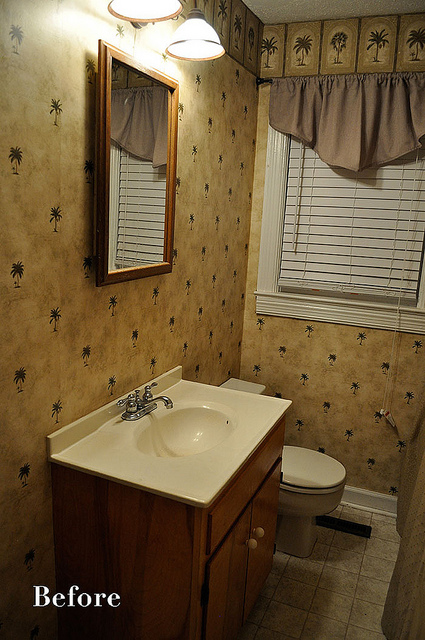 We didn’t notice until after Phil moved in that there wasn’t any hardware. I thought it was pretty weird that the previous owners didn’t have a toilet paper holder or towel bars, but we didn’t mind because we were able to go pick out some ones that we liked. We found these guys at Lowe’s – 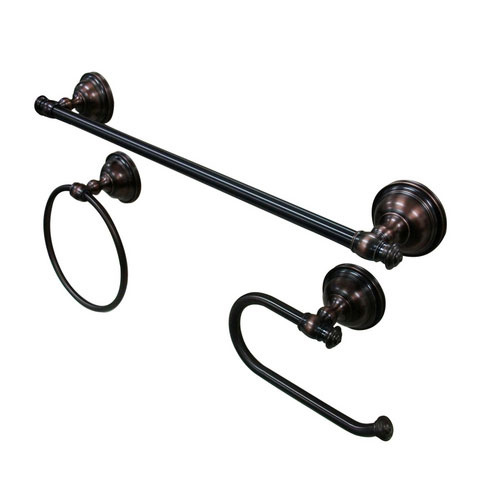 But we also discovered that there was NO OUTLET. Seriously?? What bathroom doesn’t have an outlet? This must change. I am very excited for the day that I can do my hair in the bathroom. Anyways…

We have plans for a major bathroom overhaul, but first we tackled the walls. We didn’t have the same luck that we had in the kitchen where the wallpaper practically fell off and the walls underneath were close to being paint-ready. Not only was the wall condition pretty poor (check out all these patches) – 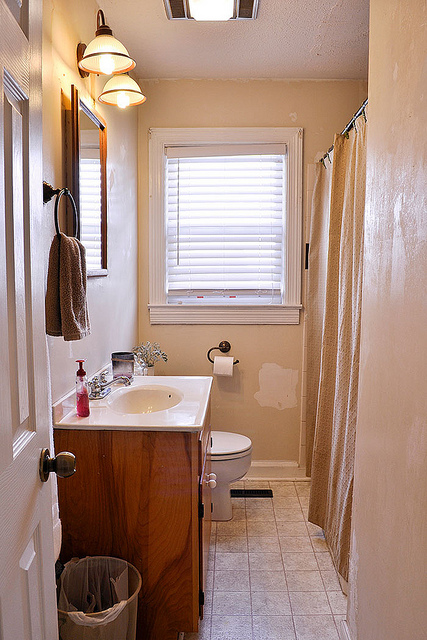 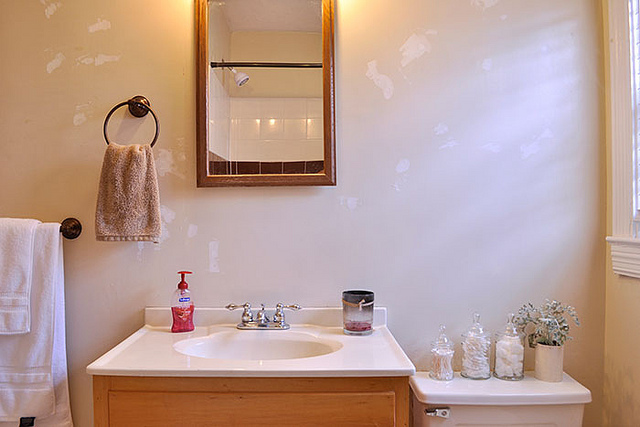 …but they were also covered in glue. There’s no great way (that we found anyways) to remove wallpaper glue. I preferred to spray the walls with the vinegar & hot water mixture, scrape the walls with a putty knife, and remove the residue in clumps. [Tip: use an old putty knife because this does a number on it.] Phil’s method of choice was to scrub the walls with a scratchy sponge and a soapy water. Both methods are equally annoying, time consuming, and messy…so my apologies that I can’t offer any easy tricks or tips. And just for the record – that’s Phil’s hairy hand, not mine 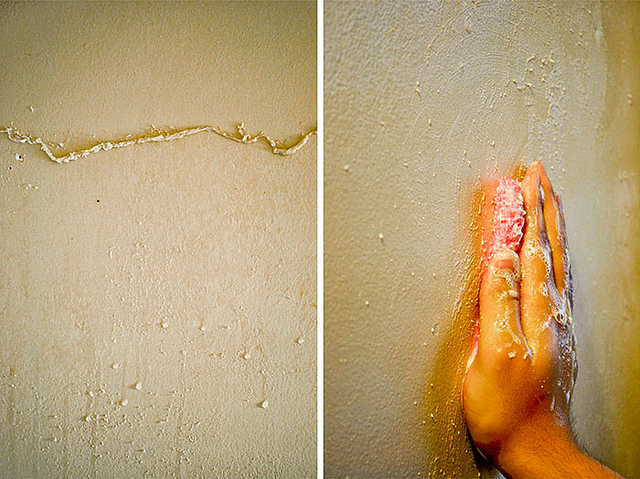 But after alllll that scrubbing and scraping, and of course a TON of patchwork, the walls & trim were ready for a fresh coat of paint. I choose my favorite color of course, gray! (Urban Sunrise by Valspar, FYI). 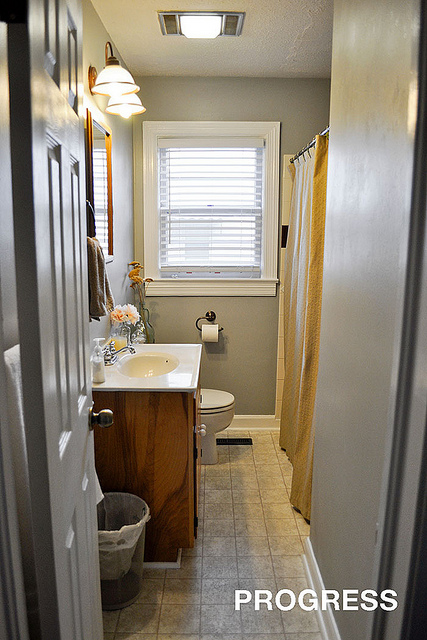 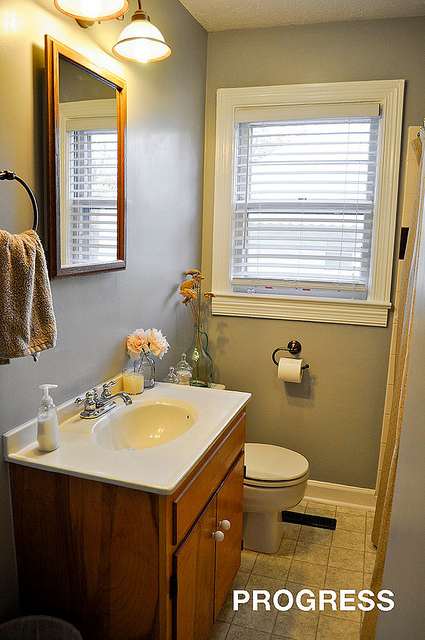 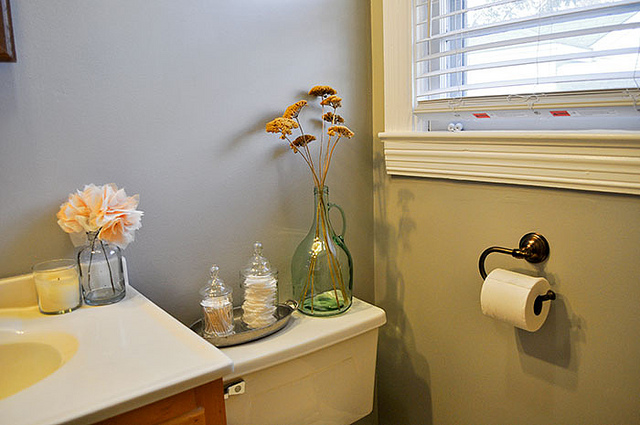 We have some big plans ahead for the bathroom (remove/replace tub, replace shower tiles, replace linoleum with tile or cork, replace the vanity top, paint the cabinet…) so technically, the paint color should have been the last thing we choose after we picked out all the other finishes. So I guess there’s a chance that we’ll have to repaint one day, depending on all the other choices we have to make. But paint is easy to change, and we just didn’t want to live amongst the palm trees any longer. And I’m glad we did 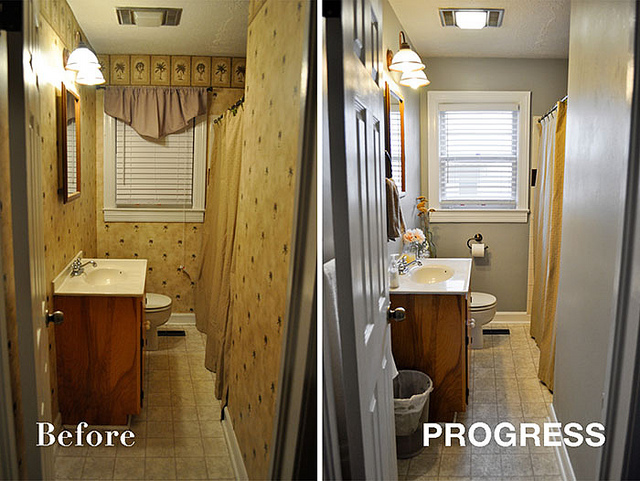 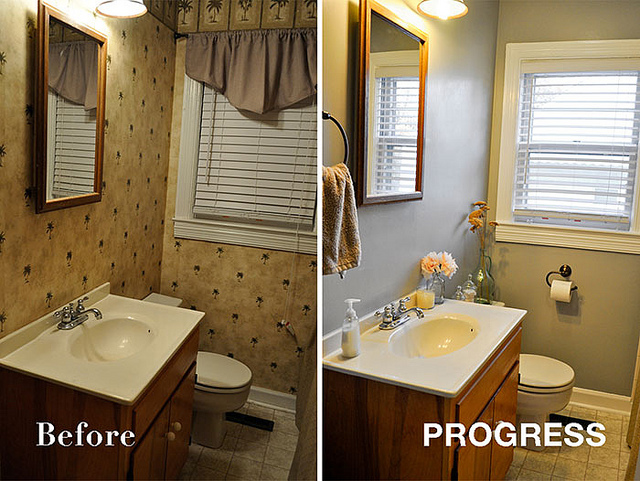 Question: Do you think it would affect the sale of our home if we don’t have a tub? It would be nice to just do a shower, but being the only bathroom in the house, I would be afraid that we would limit potential buyers (specifically, ones that have small kids). Do you think that’s something that matters to people? What are your thoughts?

One thought on “Design Of Tropical Bathroom From Beautiful Matters”

Creating A Designer Bathroom On A Limited Budget 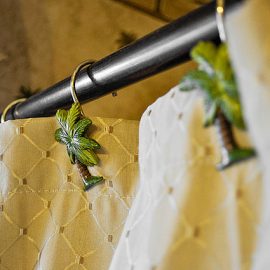 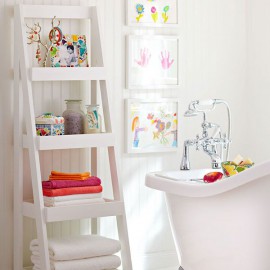 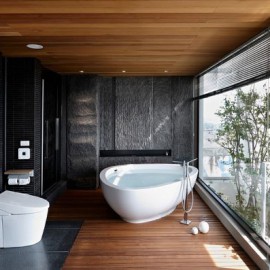 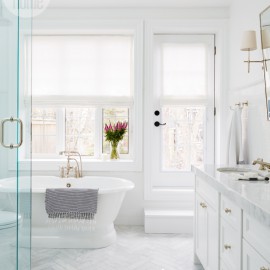 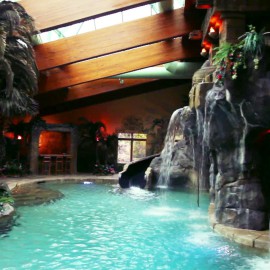 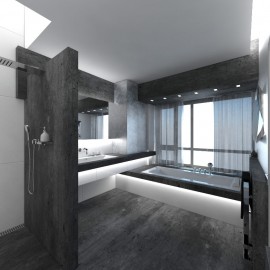