Home » Interior Design Ideas » Kitchens » Which Is Better – an Open Kitchen or a Closed Kitchen?

Some like their kitchen design open and public, some like it walled-off and private. We examine the pros and cons, and come up with the perfect solution.

Lately we’ve noticed chatter on some of our favorite idea sites, including Pinterest and Houzz, debating whether it’s better to have a kitchen that’s walled off from the rest of the house, or one that opens up to adjacent family rooms and dining areas.

The debate is timely. For years, designers, architects, and homeowners have been touting the benefits of open floor plans.

But all that openness has been around for awhile, and for some folks the pendulum is now swinging back the other way.

Which is better? We’ve got the answer. 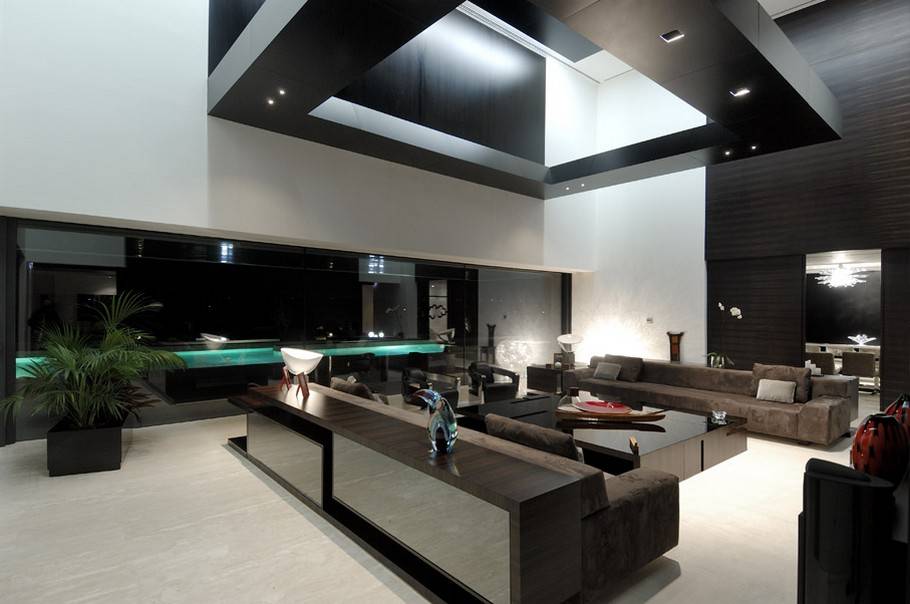 The idea of the open kitchen has been around since the 1990s and continues to be popular.

For example, in 2006 the American Institute of Architects (AIA) reported that “the integration of kitchens with informal living space (great rooms) remains a popular design.” The report added that more than half of design firms were experiencing increased interest in open space floor plans.

Fast-forward to 2013, and AIA reports that all is well with the open kitchen: “Integrating family space with kitchens remains a very popular design option.”

What’s good about it? Advocates say their open kitchen: 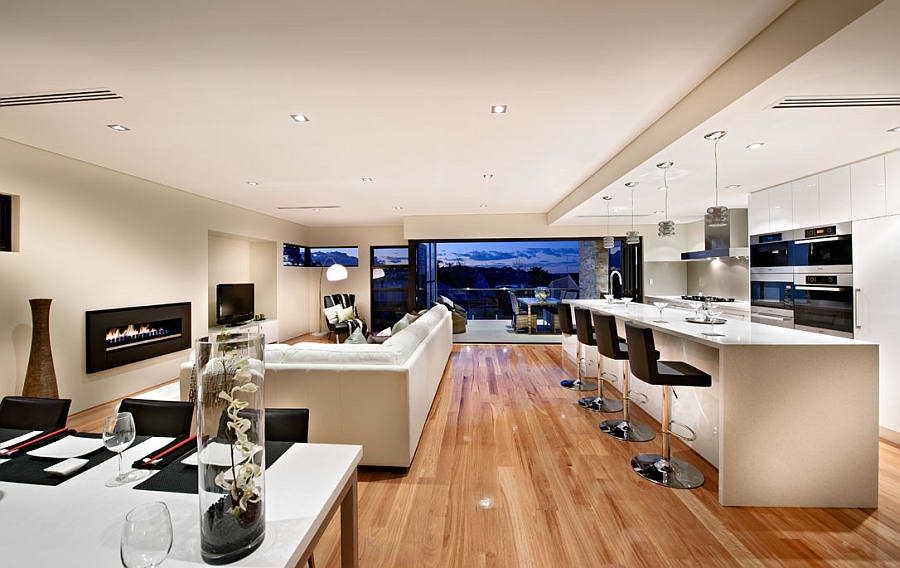 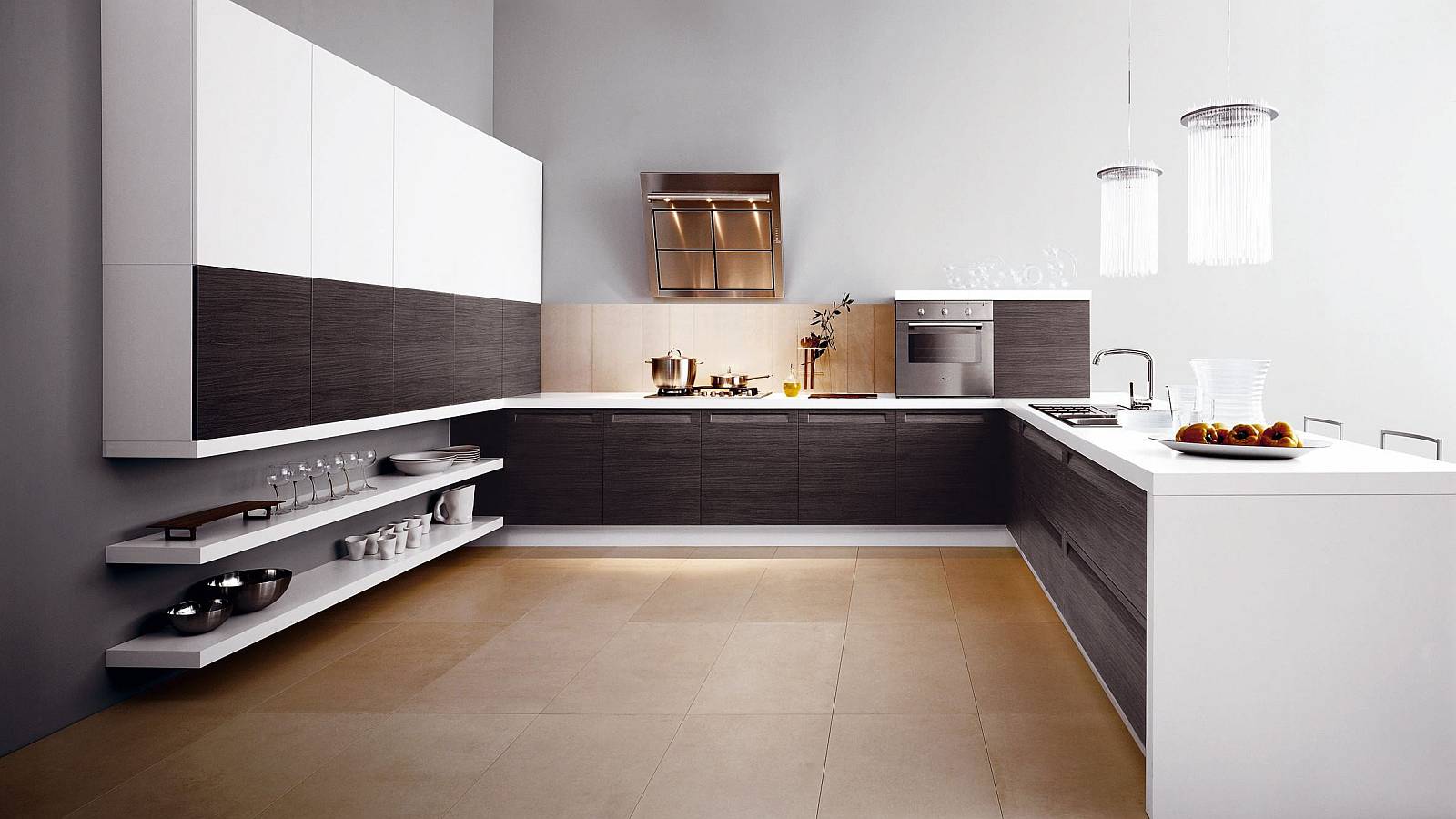 “Closed” doesn’t mean claustrophobic. It means that kitchen access is limited to doorways, and that food prep and cleanup is hidden from view.

The most popular reasons for having a closed kitchen include:

A Houzz commenter posts: “I prefer a closed off kitchen. When I cook I like privacy and silence. I often make things I have never made before when entertaining and need to be able to concentrate without questions or recommendations on how to do something differently.” 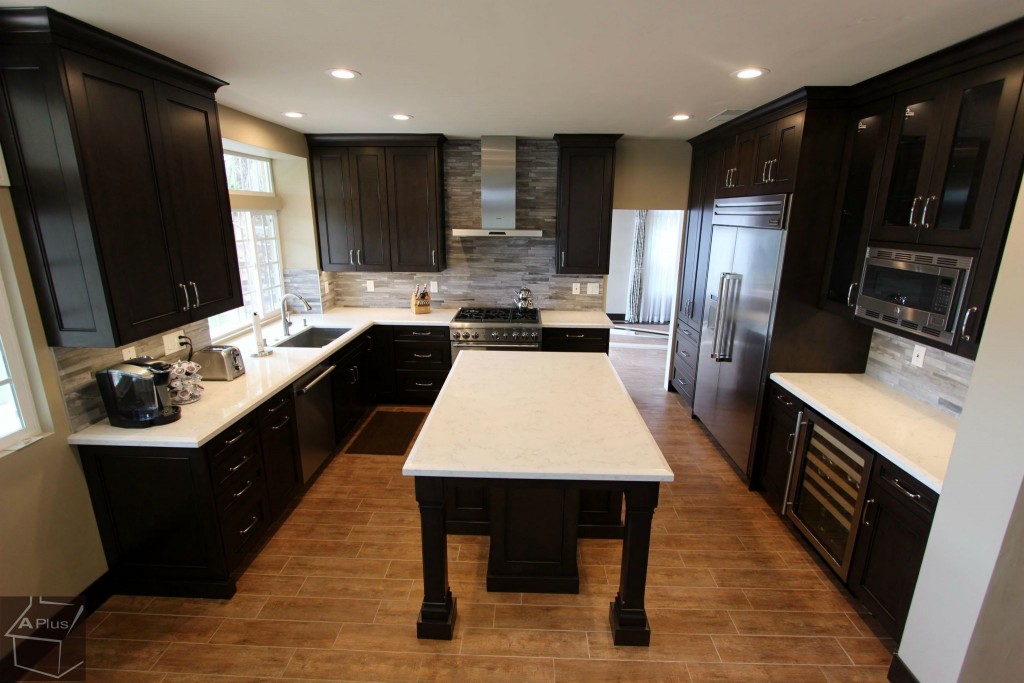 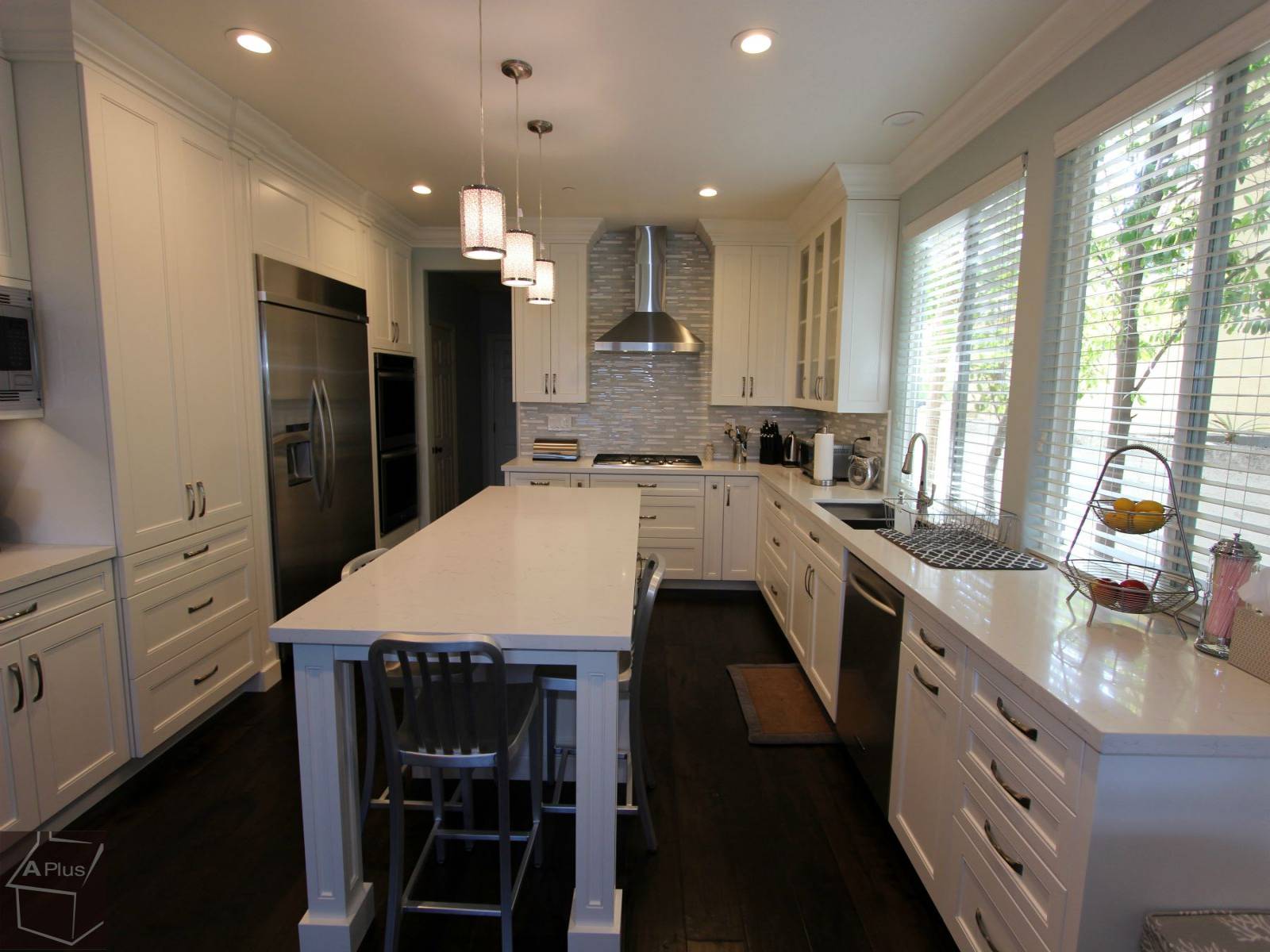 The Verdict: It’s the Scullery for You

“There’s a middle ground that’s becoming much more common,” says Seattle kitchen designer Richard Landon, who likes to incorporate small prep kitchens or “sculleries” (as seen in the right side of the image above) that are walled off from main kitchens.

The idea, says Landon, originates in England, where sculleries were used for washing dishes and laundry, and for messy tasks, such as plucking chickens. Landon puts cleanup sinks, wall ovens, and dishwashers in his sculleries to keep clutter concealed.

Meanwhile, he might put a cooktop and small bar sink in the open kitchen area to maintain a communal atmosphere.

“The kitchen is still the hub of family life,” says Landon. “To me, a completely closed-off kitchen is at the far end of the spectrum.”

To add a scullery during a renovation, Landon advises to look for adjacent space, such as a pantry or closet that can be converted. Lacking that, consider rearranging the kitchen altogether to accommodate a prep kitchen.

Get the Best of Both Worlds

Ideally, the best kitchen is a compromise: One that closes off the smells and mess, and yet doesn’t isolate the cook. Here’s how you can achieve that ideal mix.

Adding a pass-through window is a simple way to connect spaces without tearing out the walls of a closed-off kitchen.

Speaking of walls, taking out a non-bearing wall (cheaper and safer than a bearing wall for sure!) and replacing it with a half wall or peninsula is a somewhat expensive but most-obvious way to open up a closed kitchen. Good idea: Hire an architect or designer who can make sure the end result is a happy one.

Folding or pocket doors separate the kitchen from living areas by opening up when you want continuous flow and closing when you don’t. (Swinging French doors are pretty but take up too much space.) Sizes for pocket and sliding doors range from small (24 inches wide) to huge (16 feet or more). Use a clear or translucent glass door to keep light flowing.

A peninsula separates your kitchen from nearby living spaces. Include upper cabinets with glass fronts that establish privacy yet let light through.

Add a raised bar/eating counter to your island. Face the raised part toward your living areas so it blocks views of food prep areas. Kitchen countertops are typically 36 inches high; raised counters are 40 to 46 inches high.

A half wall 40 to 50 inches tall built between the kitchen and living area establishes physical and visual boundaries for your kitchen. Top the wall with a glass partition to reduce noise, yet allow light transmission.

A range hood or downdraft unit ensures your cooking area is properly vented to the outside so that odors are kept out of living and dining rooms.

An extra-large, extra-deep sink is a godsend for quickly swallowing messy dishes and pans. Ditto for a second dishwasher. 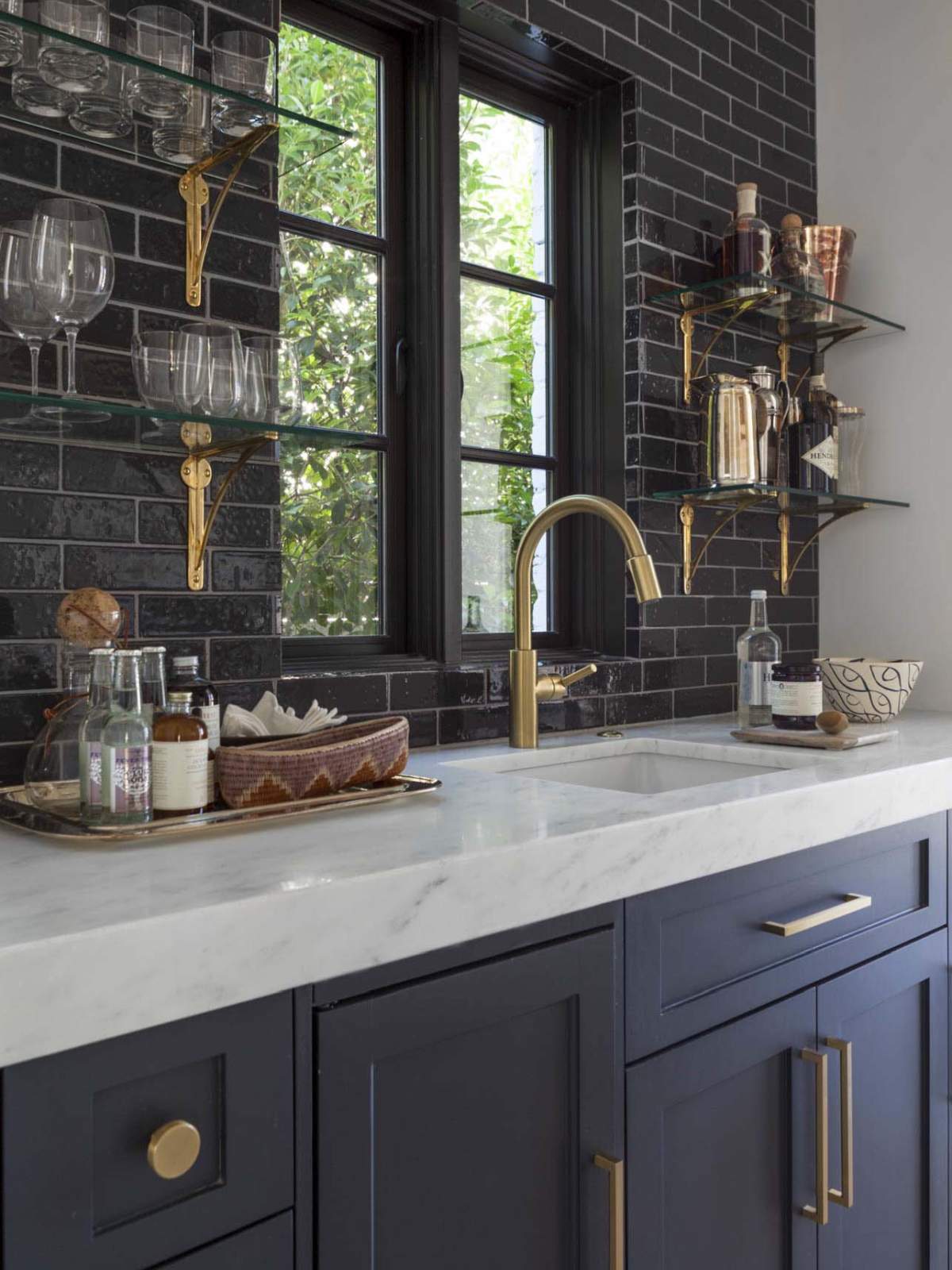 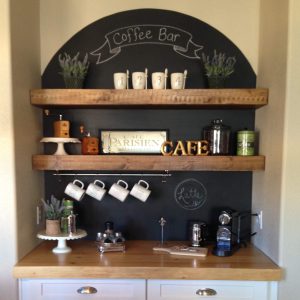 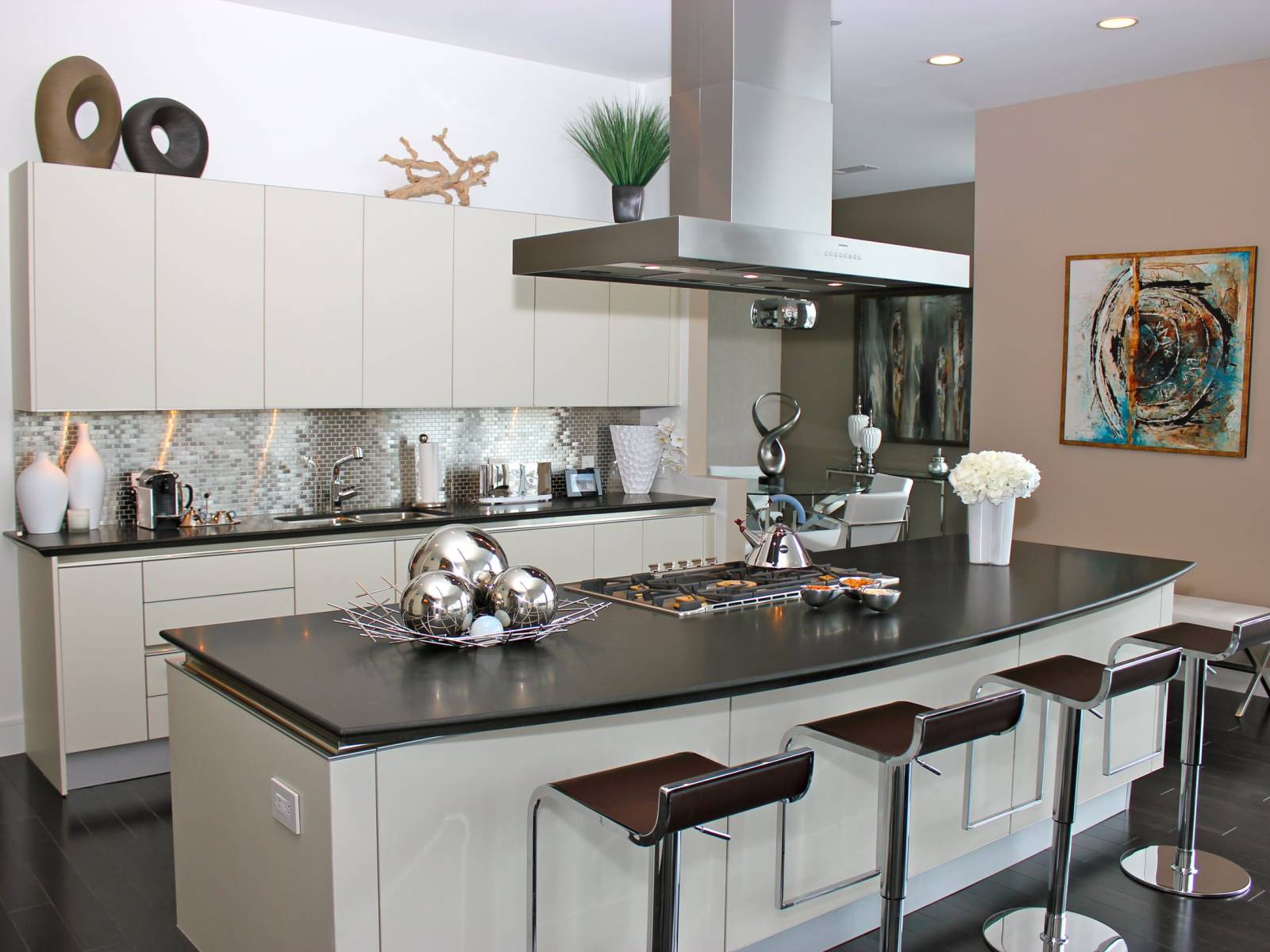 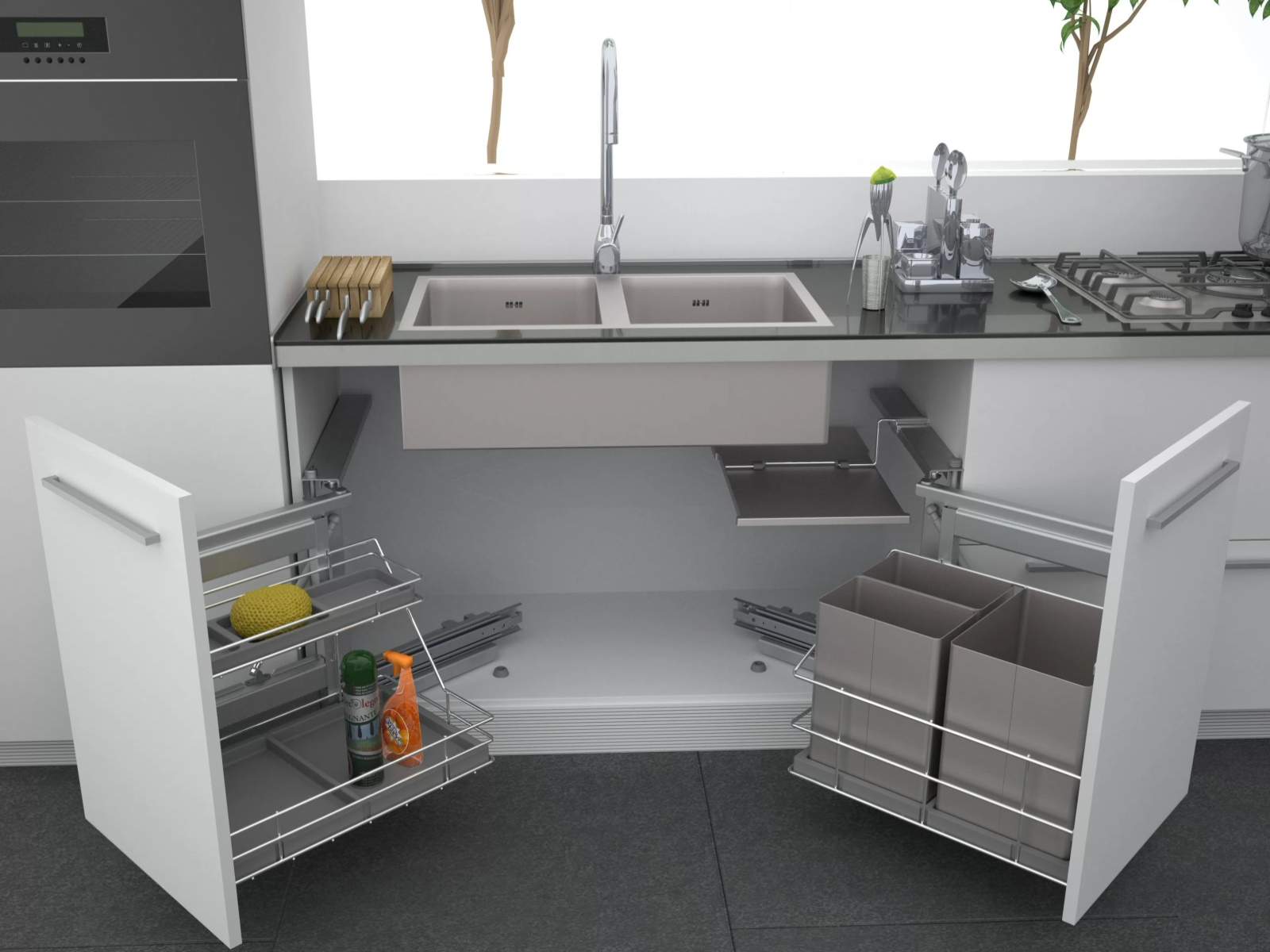