Designed by schmidt hammer lassen architects in cooperation with Link Arkitektur this chirch is real brilliant of architecture. Opened in 2013, this chirch is situated in the Norwegian town of Alta approximately 500 km north of the Arctic Circle. The daringly designed Northern Lights Cathedral, next to the Rica Hotel Alta, promises to be one of the architectural icons of the north, with its swirling pyramid structure clad in rippling titanium sheets. The interior is similarly eye-catching, with an utterly modern 4.3m-high bronze Christ by Danish artist Peter Brandes – note how the figure gets lighter as your eyes move up the body.

The cathedral is at its best in winter when aglow in floodlights and with the aurora borealis in the sky behind. Stunning. 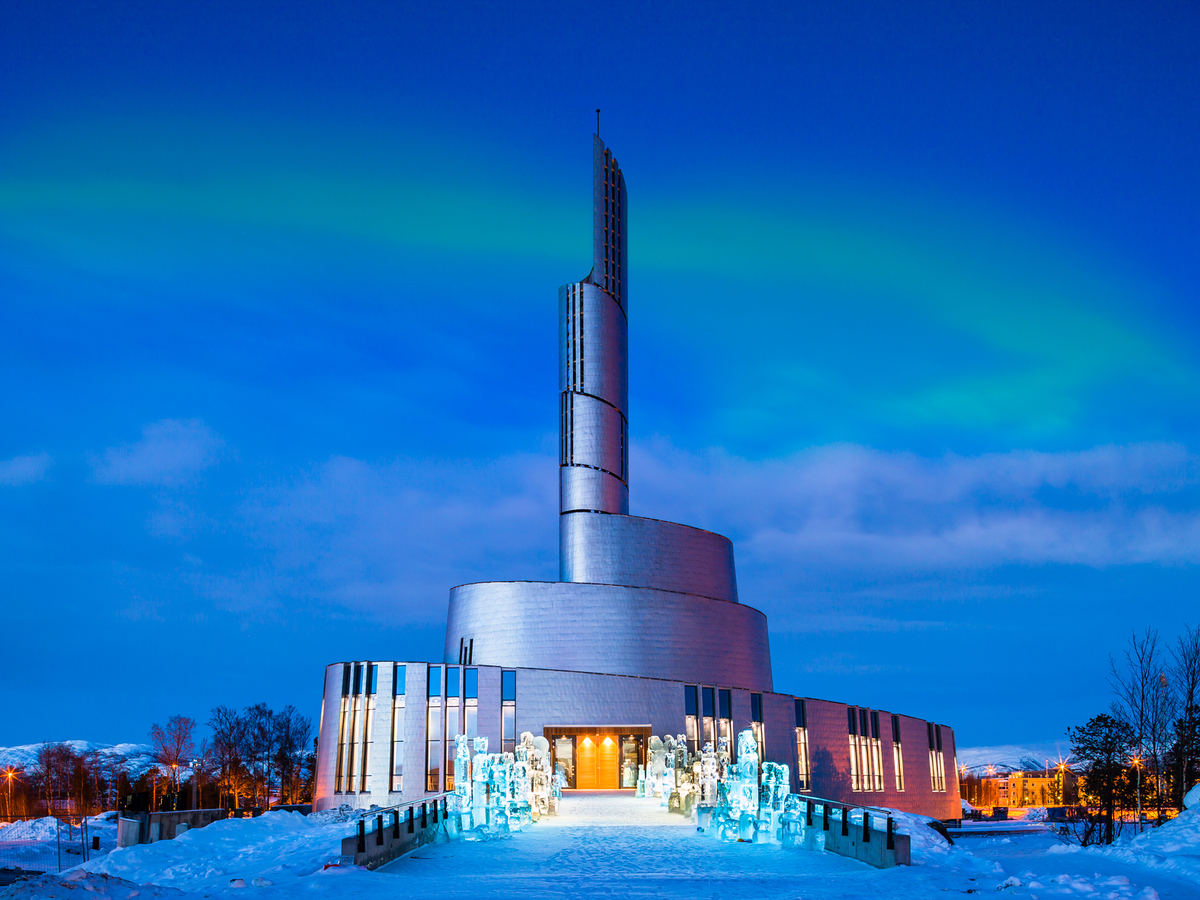 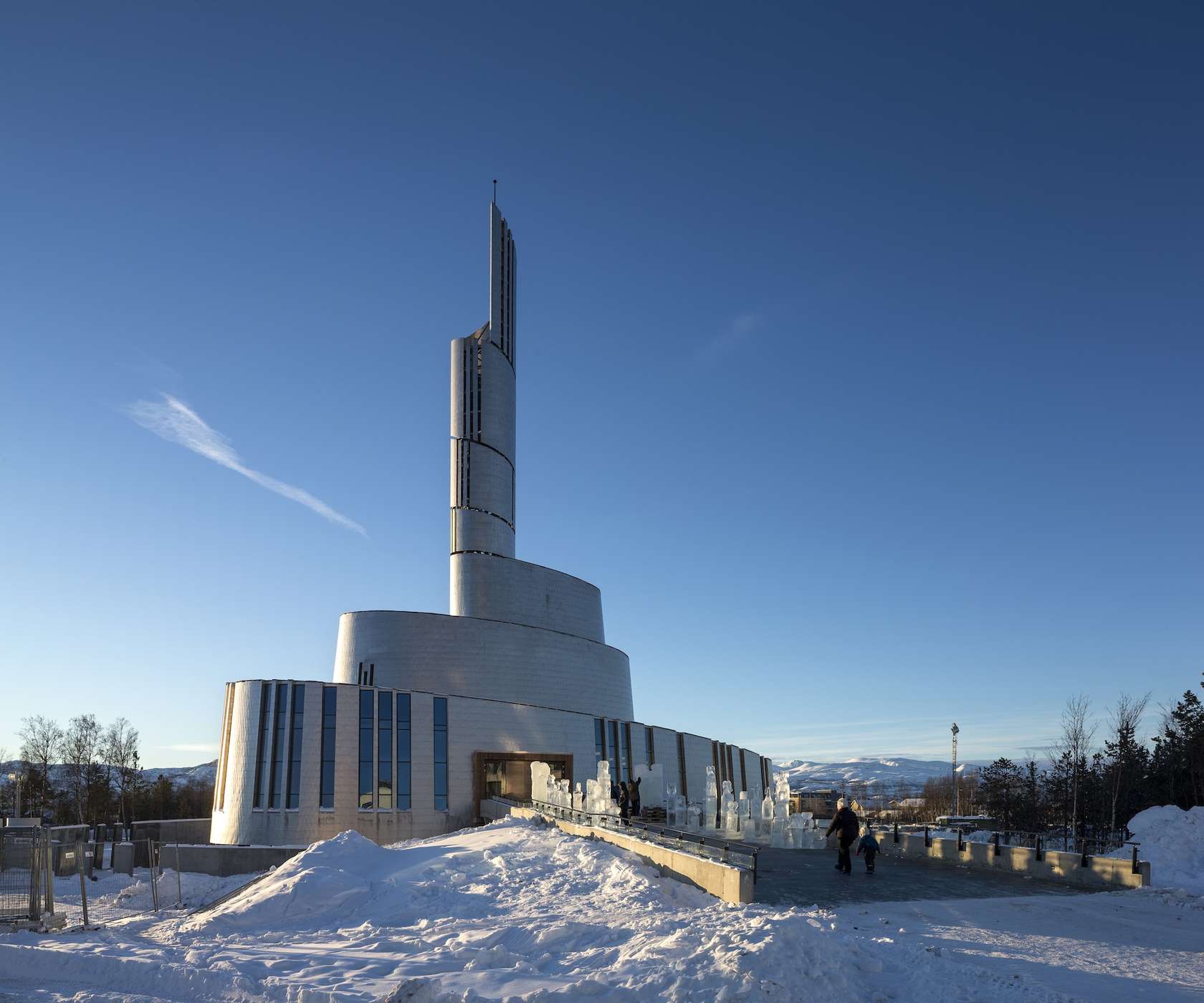 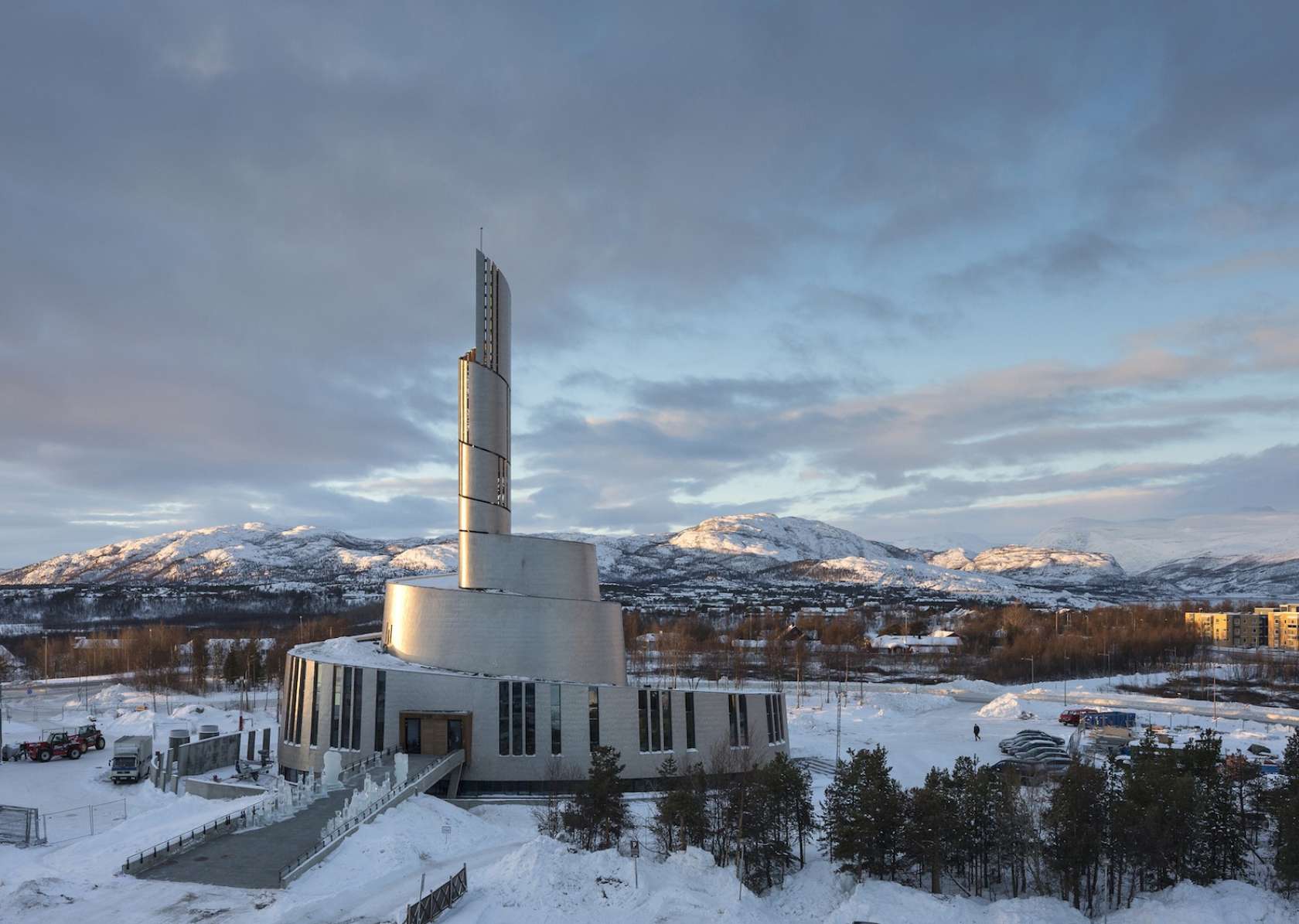 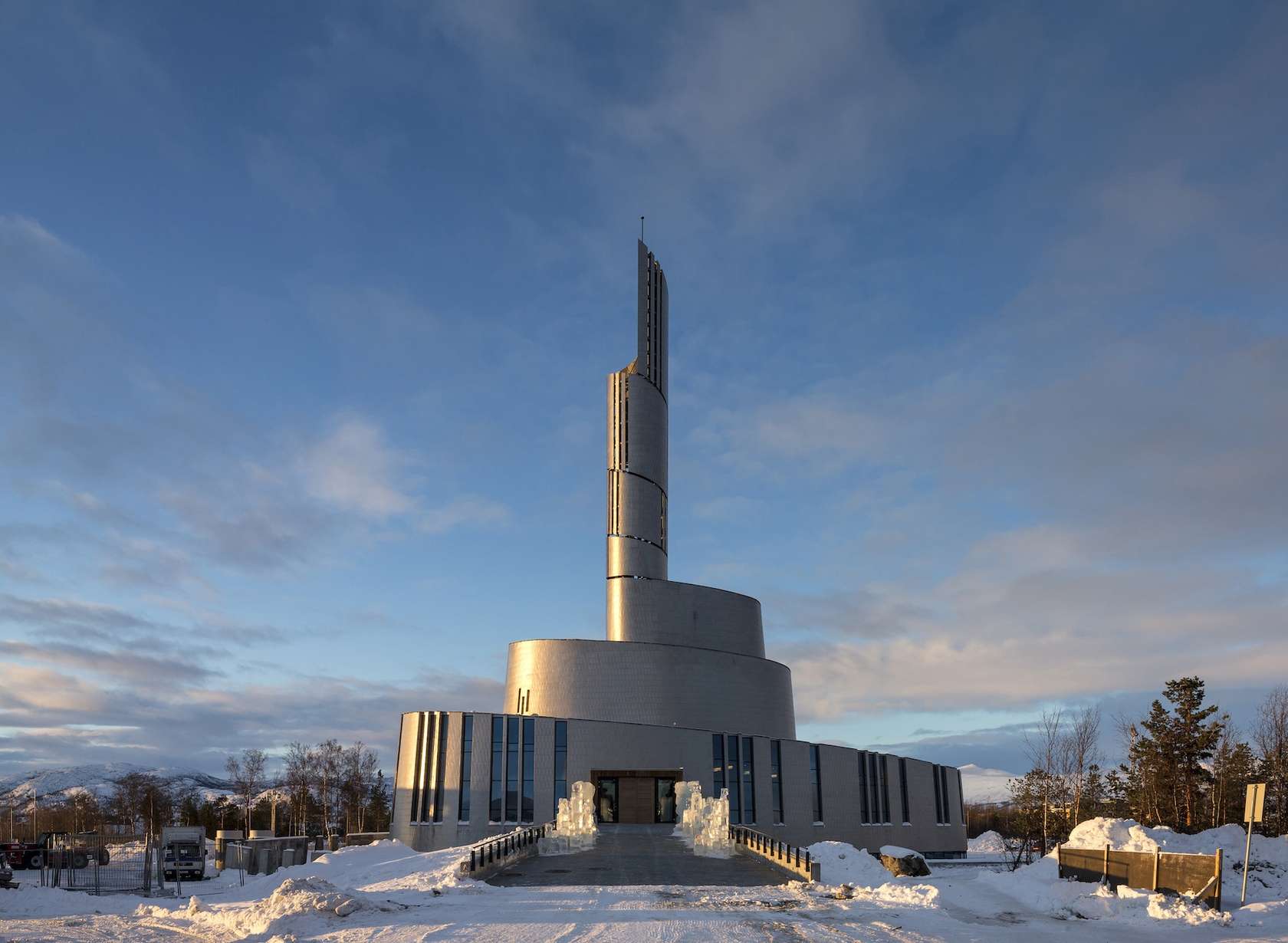 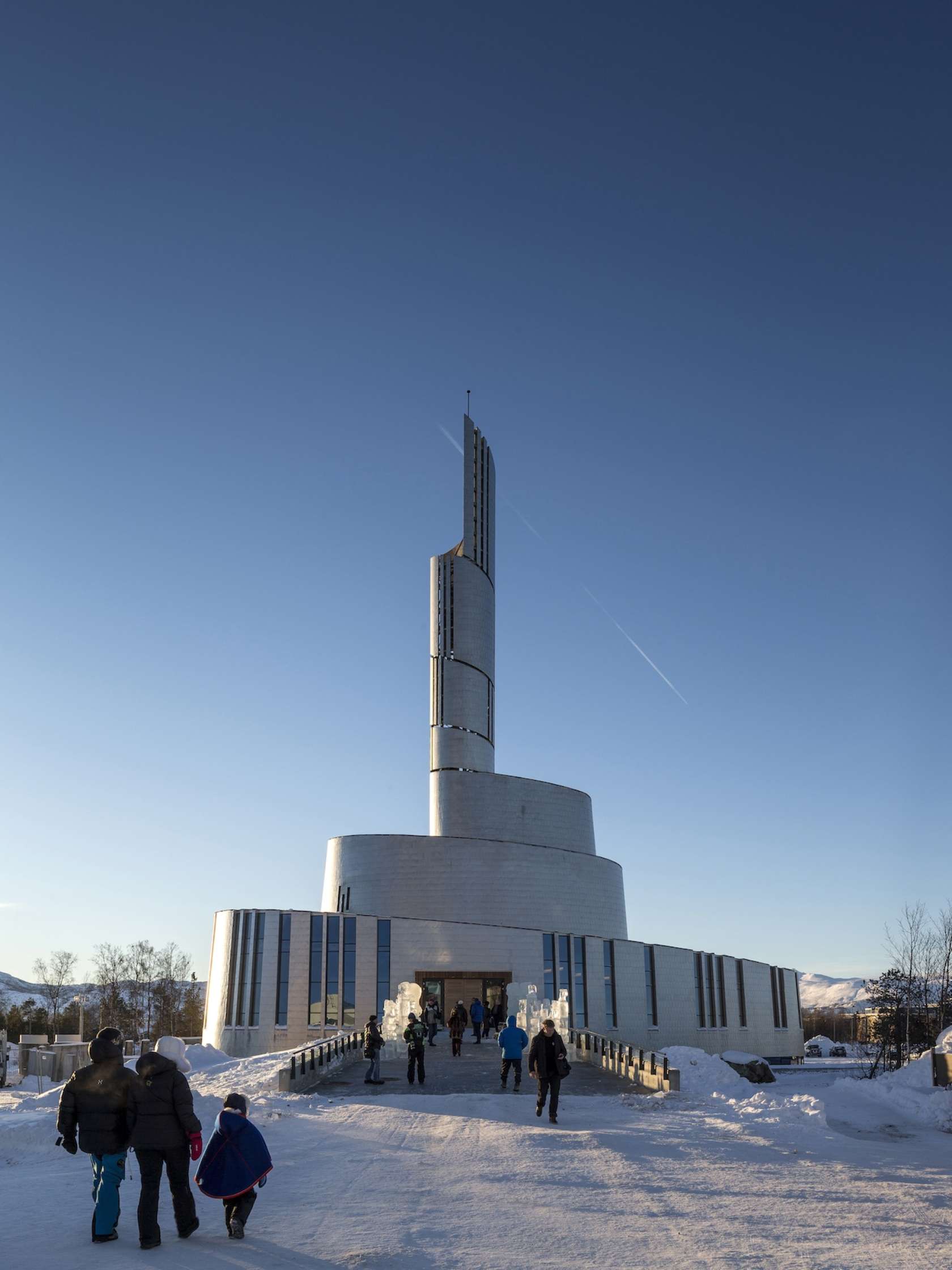 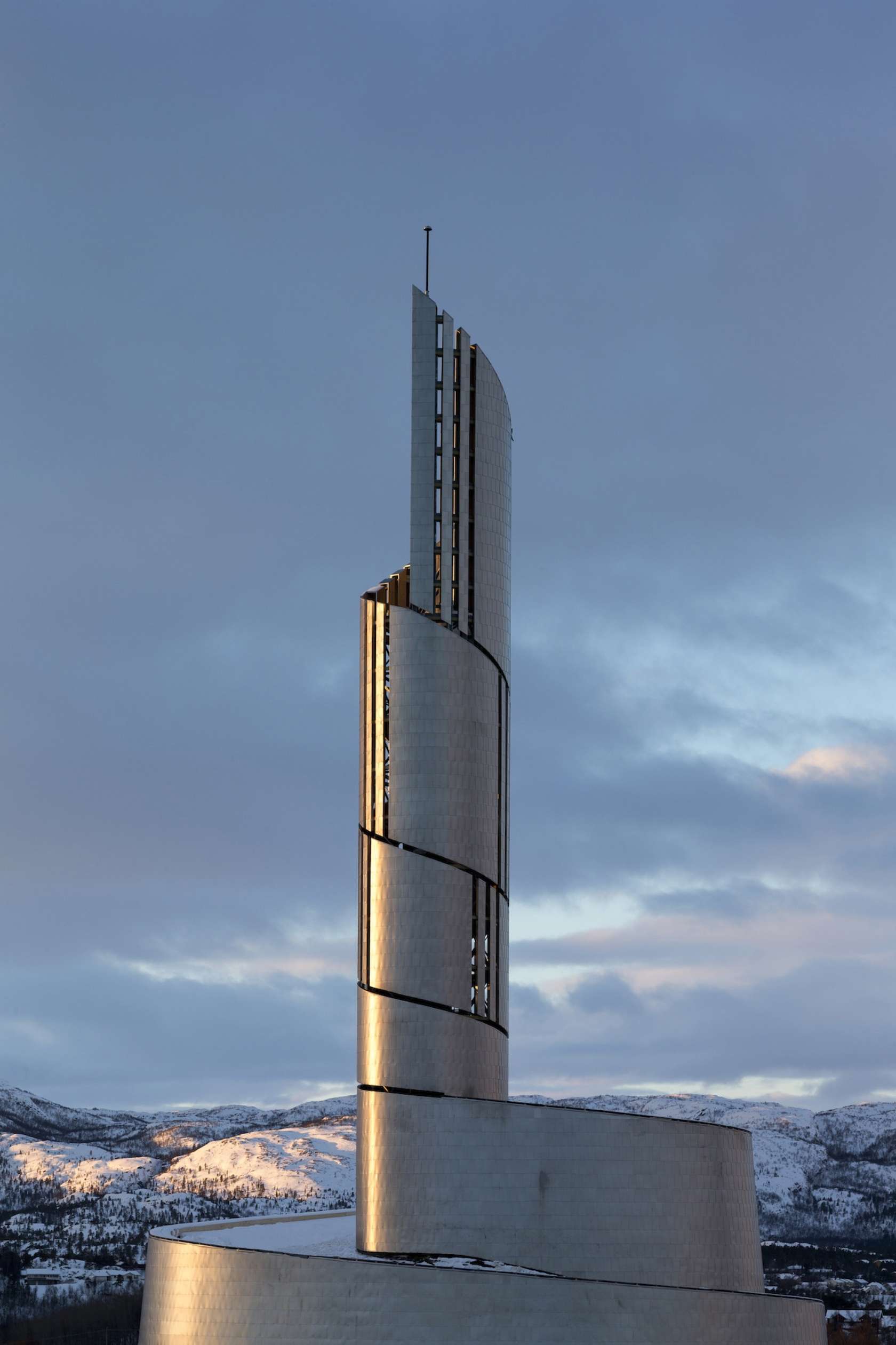 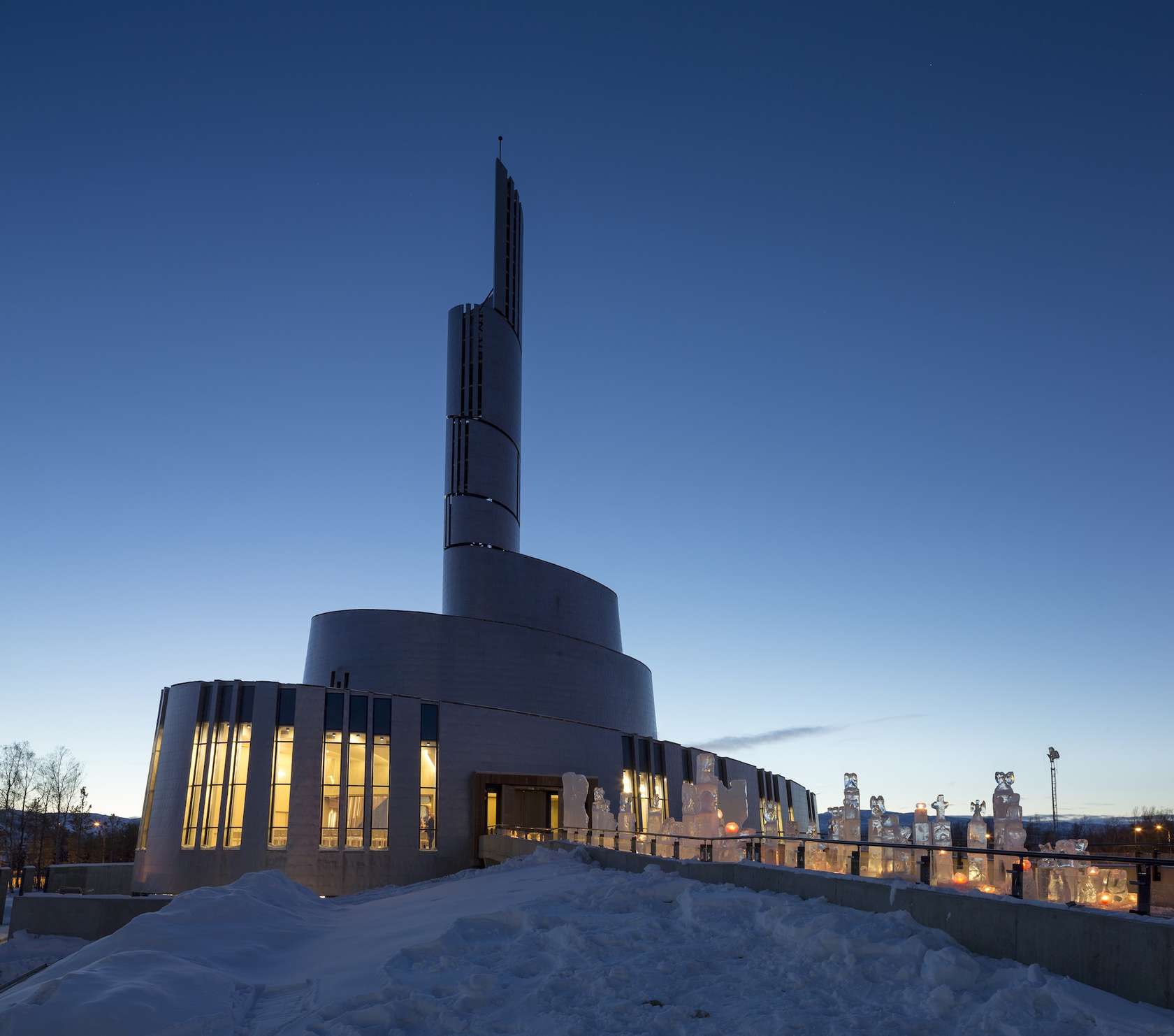 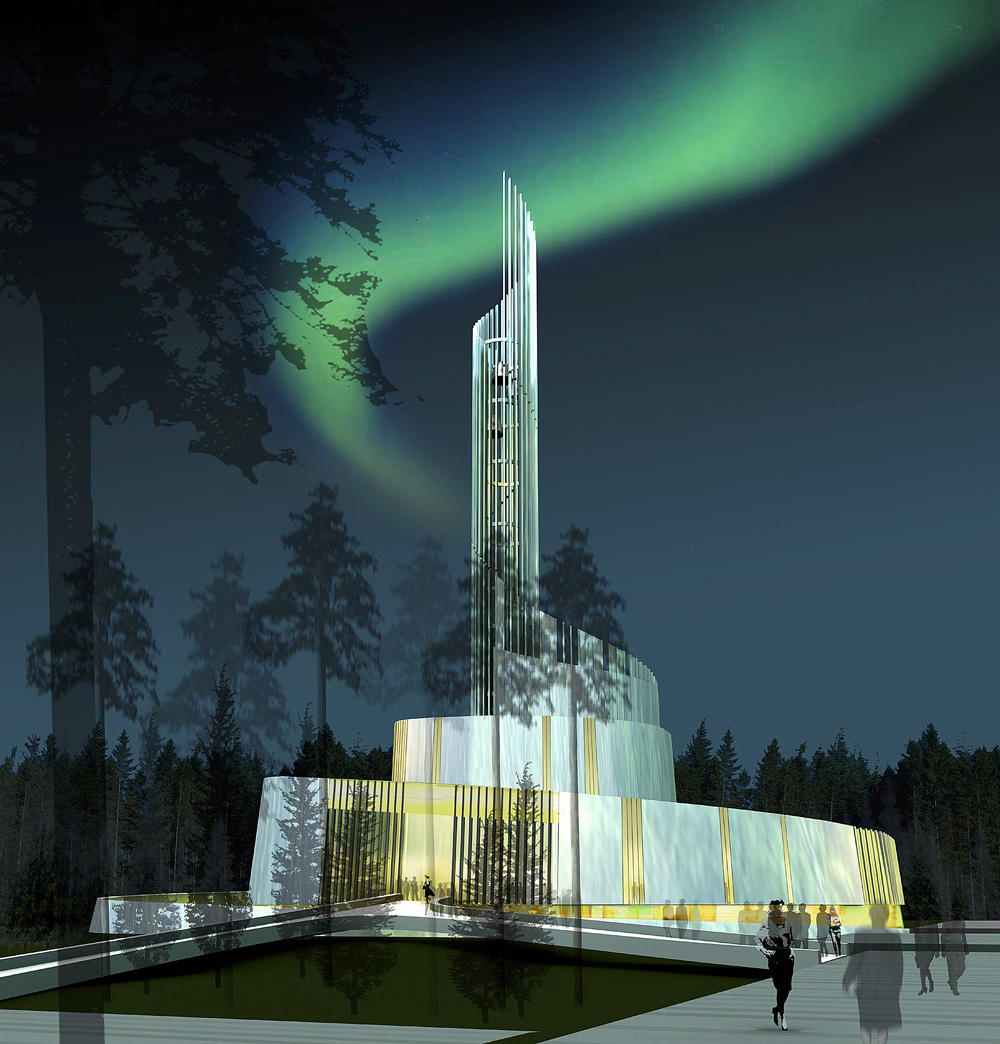 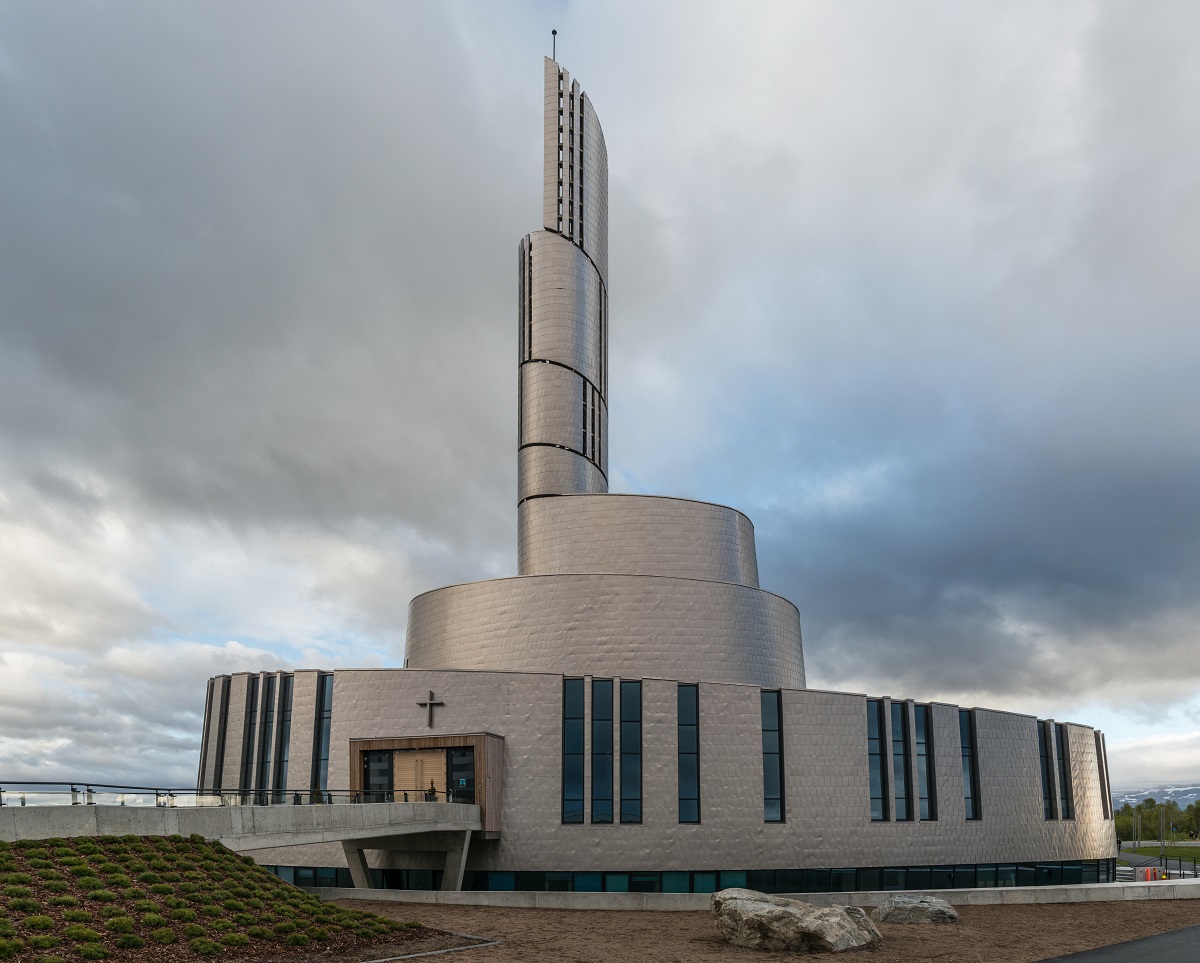 “The Cathedral of the Northern Lights is in its design a result of the surrounding nature and local culture. The building is a landmark, which through its architecture symbolizes the extraordinary natural phenomenon of the Arctic northern lights,” explains John F. Lassen. 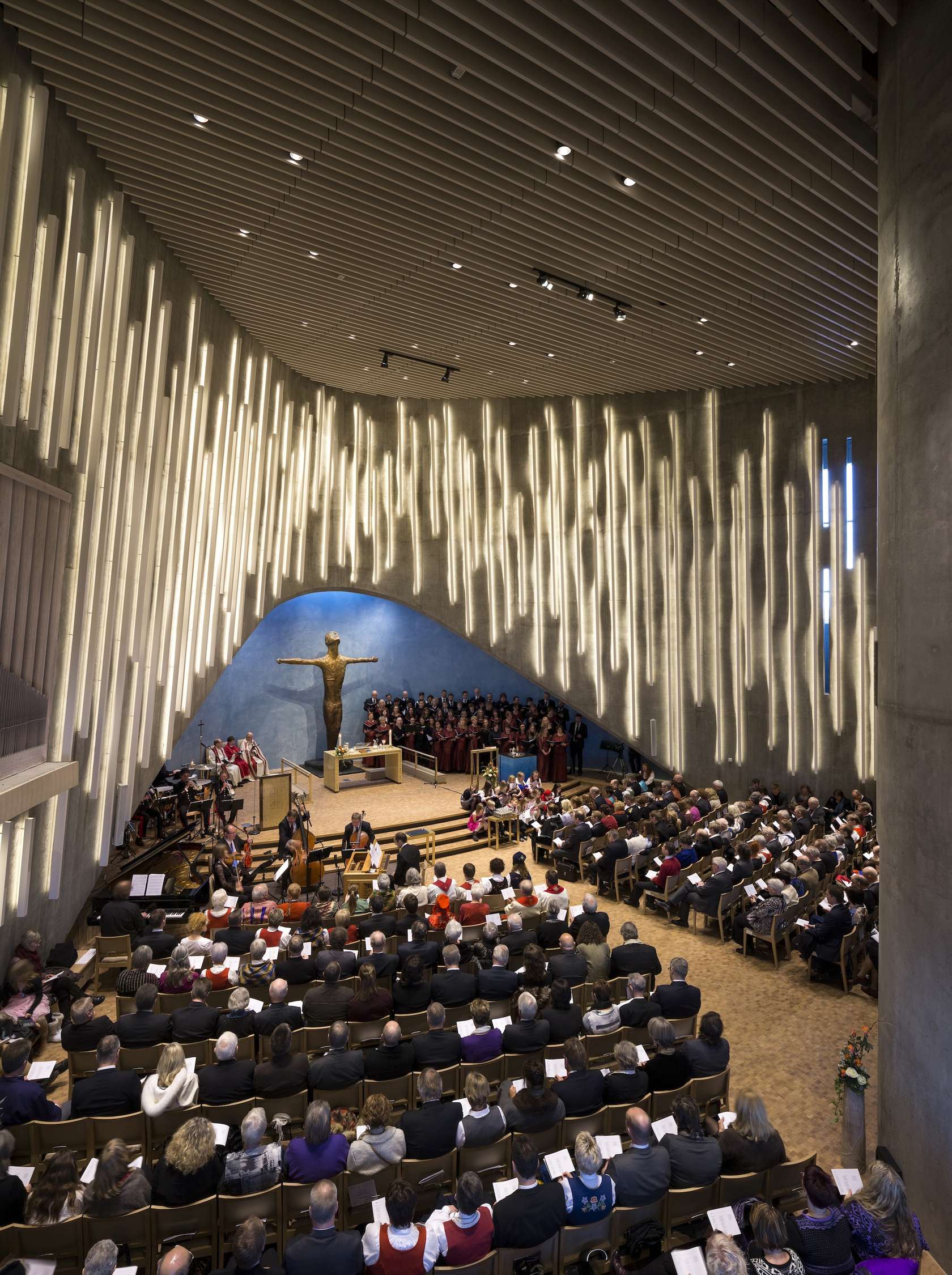 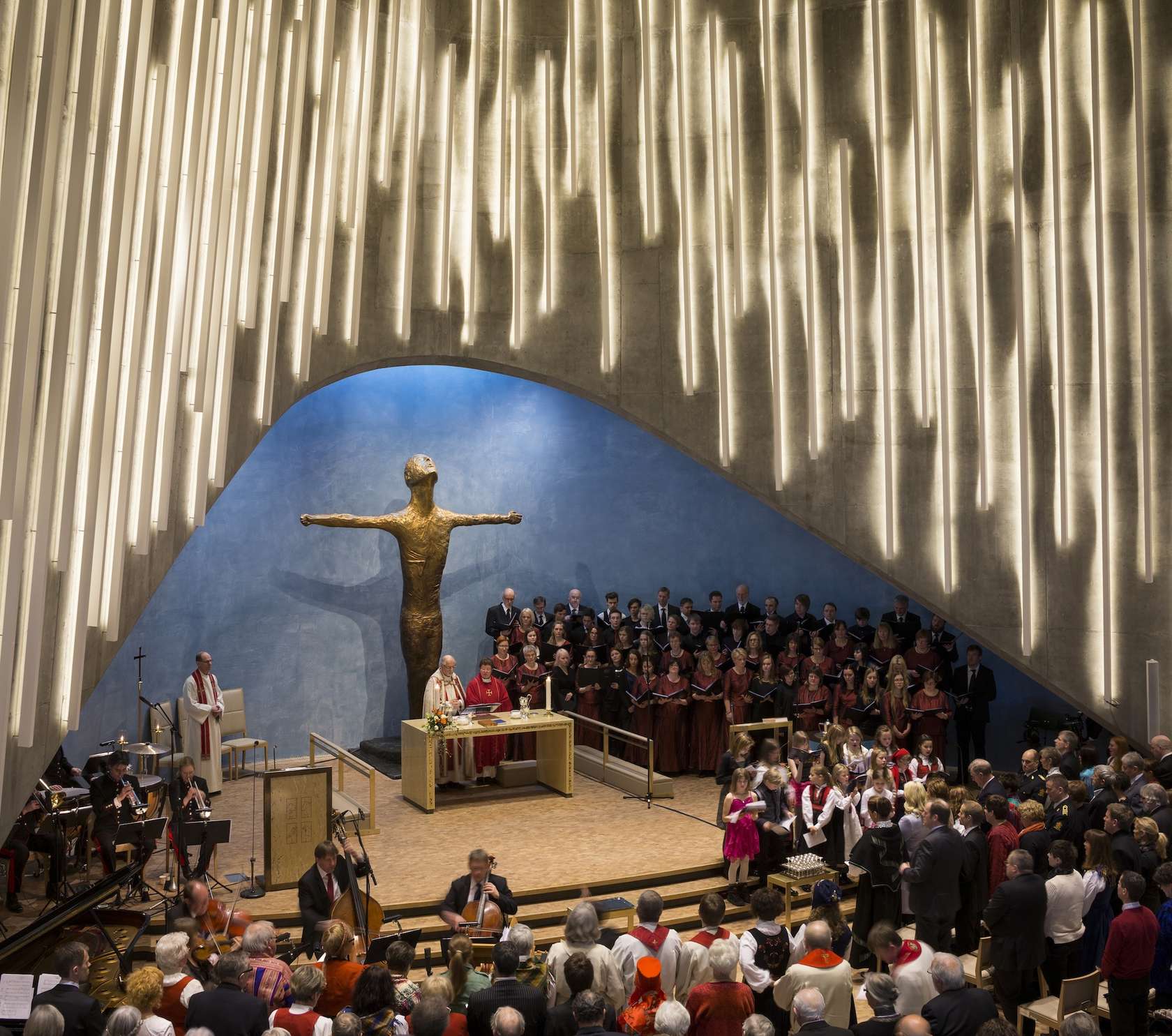 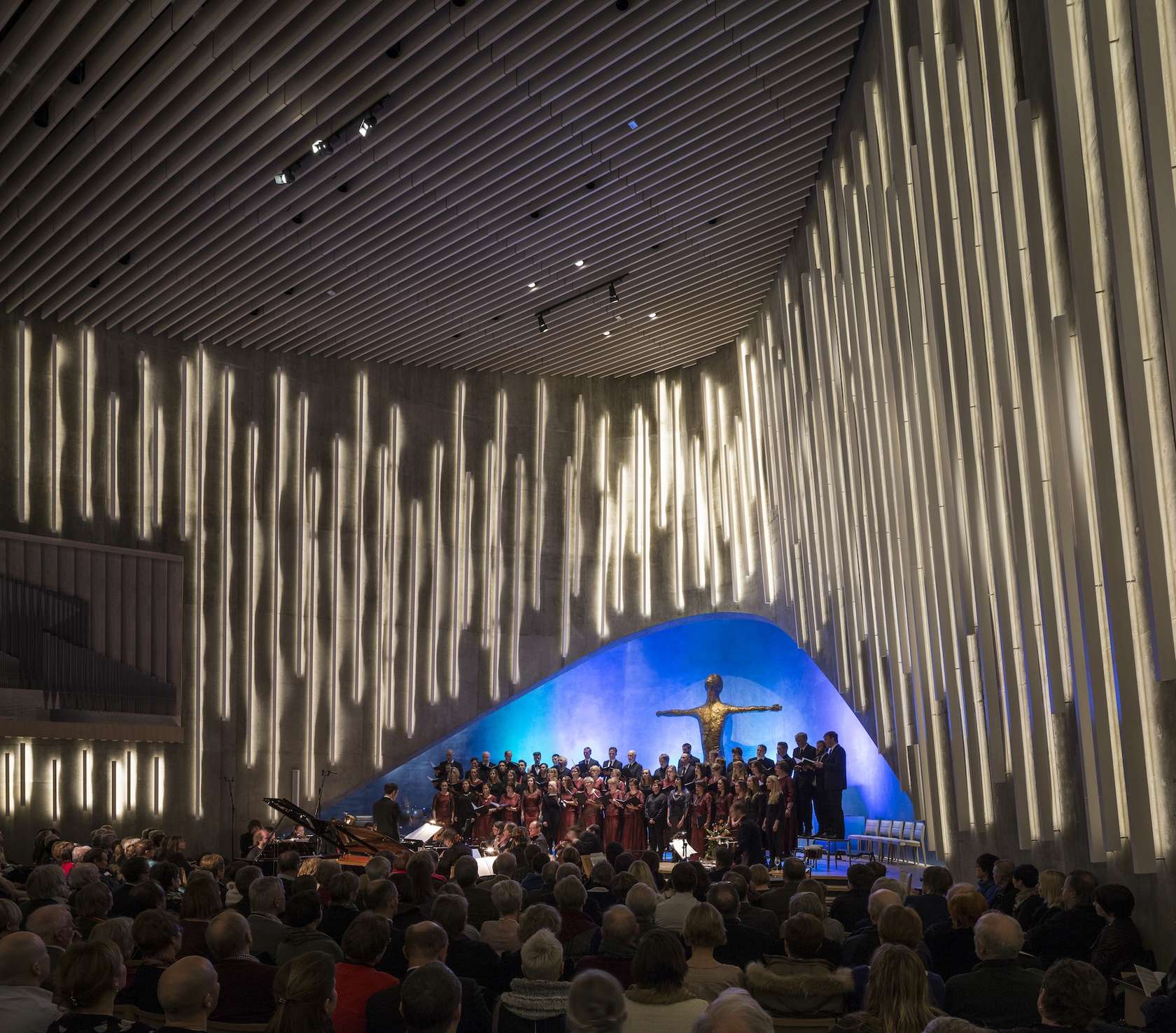