Katuaq means drumstick in Greenlandic but it is also the name of the cultural house of Greenland placed in the centre of Nuuk. The beautiful house opened in 1997 and its characteristic structure is much inspired by the arctic northern lights. Since 1997 the house has supplied both local Greenlanders and foreign guests with experiences of immeasurable artistic quality.

Katuaq holds a large and minor hall and a café shaped respectively as a semicircle, a square and a triangle. 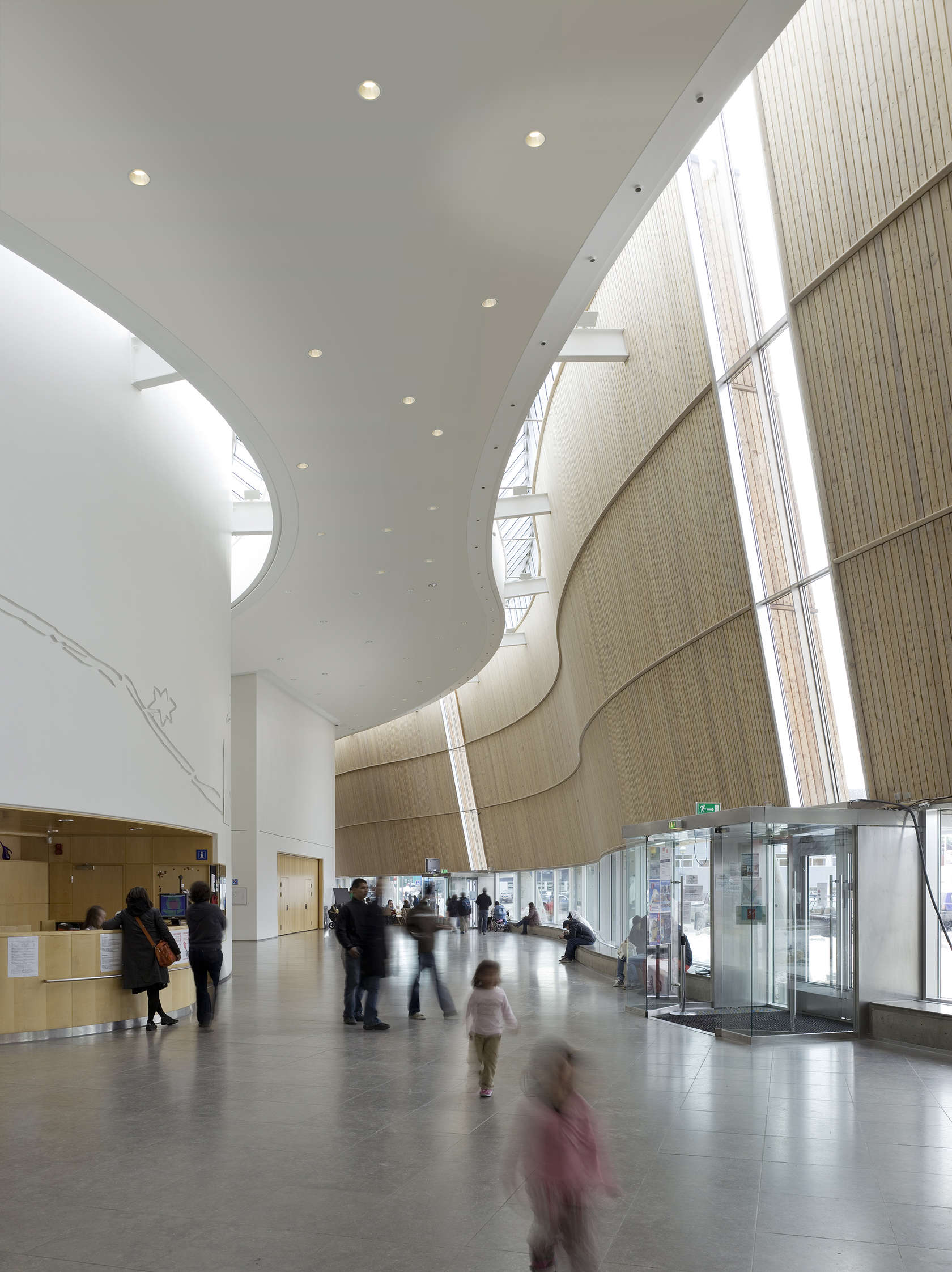 Inspired by Greenland’s dramatic scenery of icebergs, snowfields and mountains, the main element of the building is sheathed by a floating, undulating screen of golden larch wood. This second skin lends the scheme an elegant airiness, creating a contrast with the solid form of the core building. The screen acts as an architectural metaphor for the Northern Lights, whereas the dark and massive form of the main building is reminiscent of the icy mountains of Greenland.

Daylight streams into the large foyer through roof lights and narrow oblong glass slits in the external screen. The foyer serves as an indoor public piazza for the city and is divided into separate areas by three free-standing geometric structures housing the main facilities of the Cultural Centre: a square box for the television studio, a triangular structure for the café and a circular form for the multi-purpose auditorium which has seating for 550 people and can also be used as a cinema or a concert or conference hall. The Cultural Centre of Greenland in Nuuk is a dynamic meeting place for Inuits from all over the northern hemisphere. 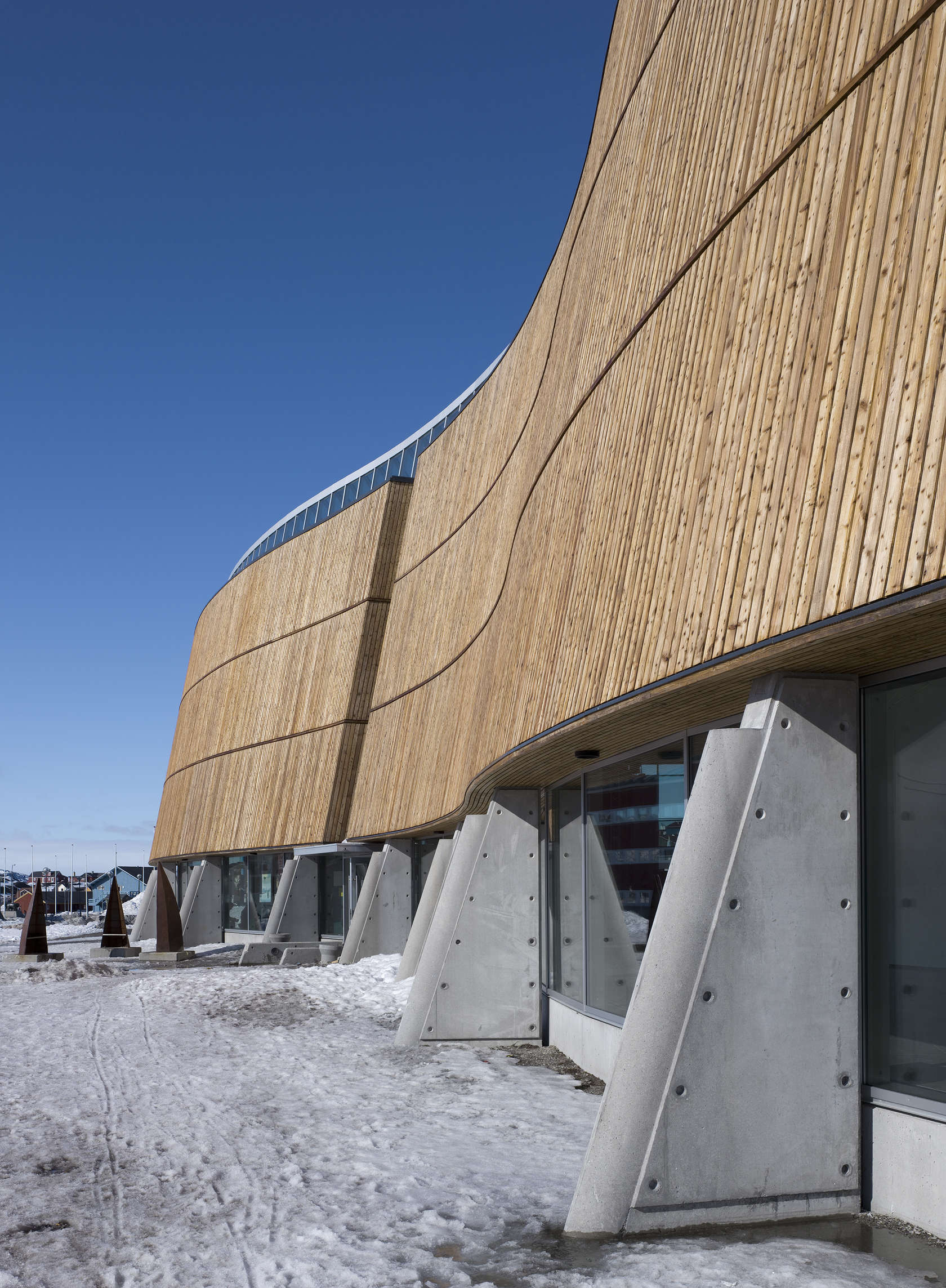 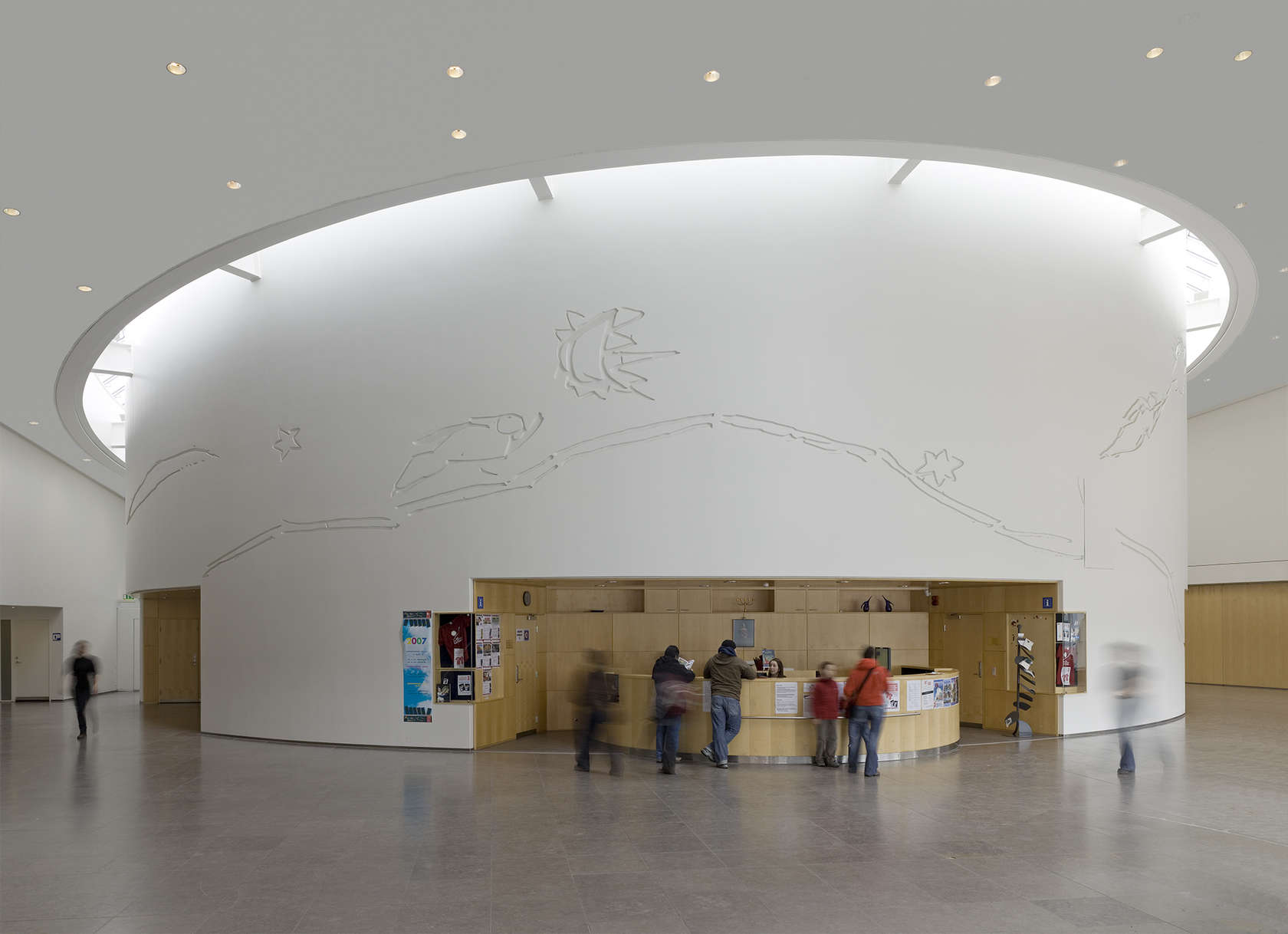 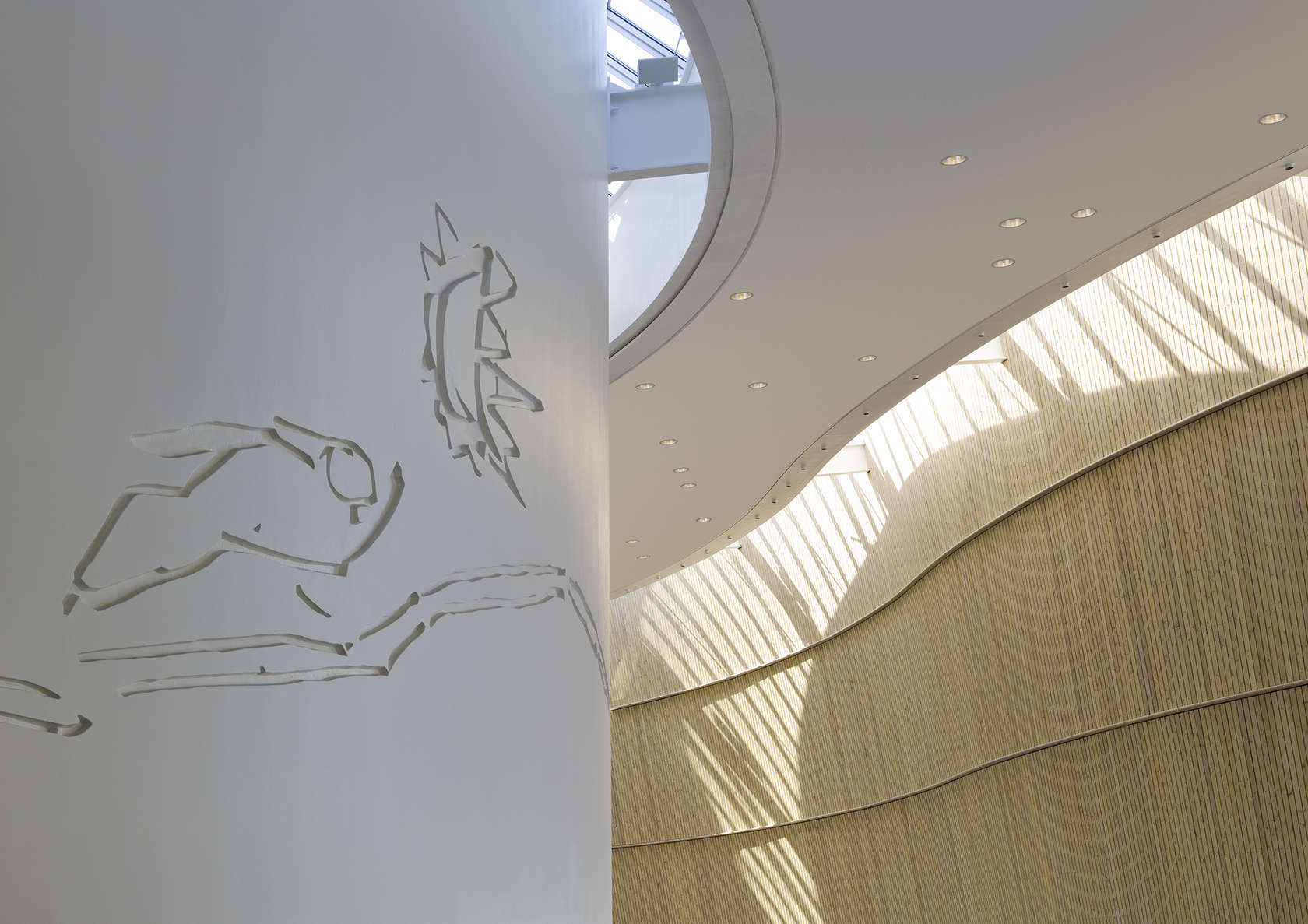 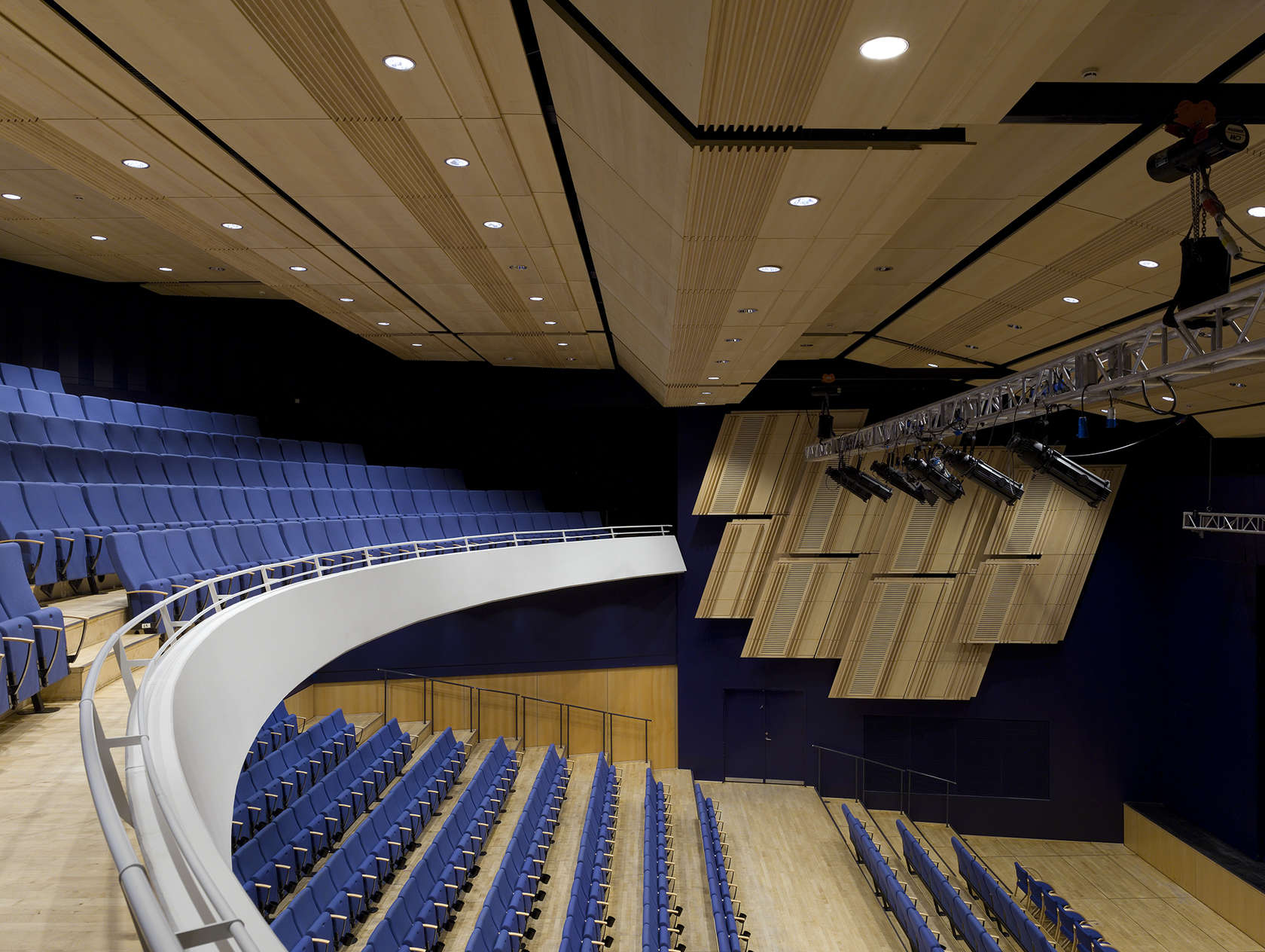 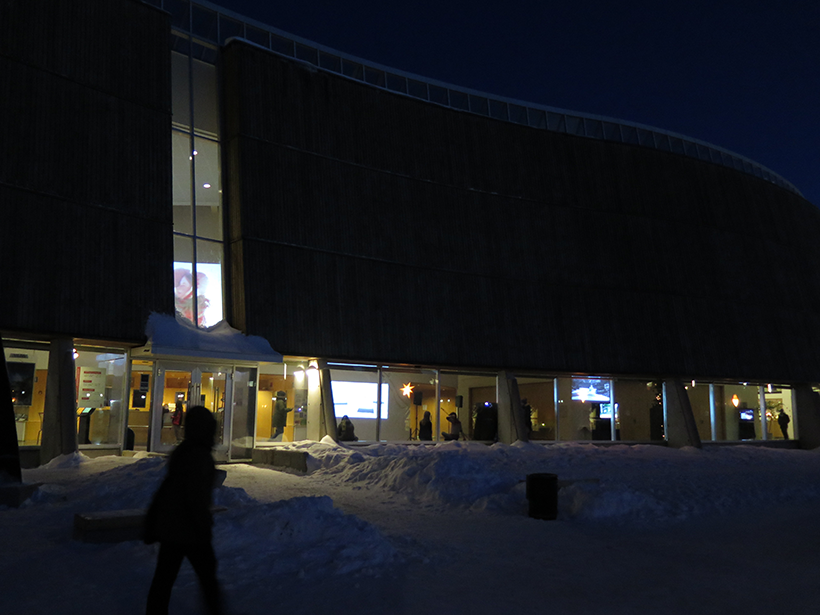 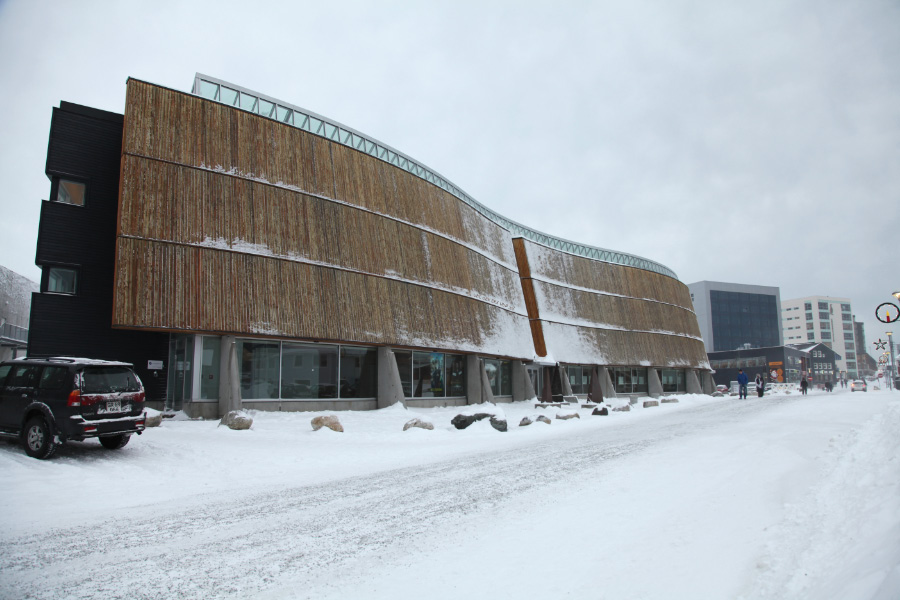 Katuaq is a popular show room for artists from all over the world, especially from the Nordic and Greenland. Every year about 10 to 12 exhibitions are displayed on the walls of the foyer and the café. Most of them are art exhibitions but some also have an informative content and purpose.

If one should be interested in what is new in the artistic field in Greenland, it would be a good idea to visit Katuaq and see the changing exhibitions. In the summertime the house holds a yearly art exhibition. It is reserved for artists from Greenland and thereby gives a novel concept of what the artists are working on.